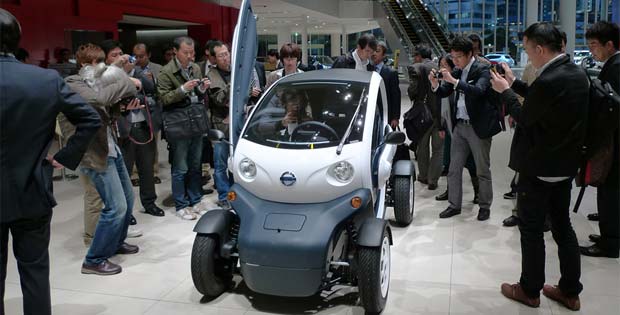 The Nissan New Mobility Concept is an electric vehicle that promises to be safe, offering the same level of maneuverability as a bike thanks to its reduced size, and clean with with no emissions.

The New Mobility Concept has a range of a 100 kilometers (62 miles), and maximum speed of 75 km/h (47 mph). The EV system was developed by Renault, but the car’s design was by Nissan.

The Nissan New Mobility Concept has been developed as means of public transportation, as it can be used as both a commuter car and a corporate car during business hours.

The company did not announce the expected launch date or price point of the New Mobility Concept.