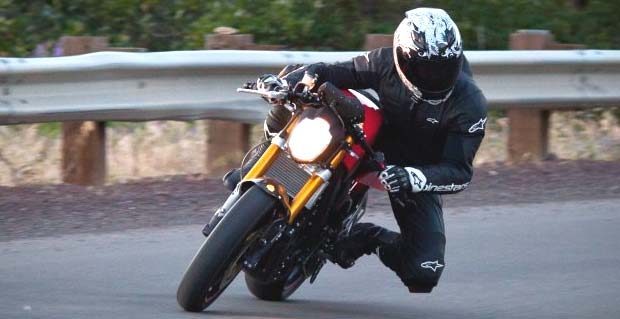 Brammo demonstrated a pre-production prototype today and all three production models of the Empulse will be capable of sustaining 100 mph.

The three models will have different battery capacities, all utilizing an innovative proprietary array, the Brammo Power(TM) battery and vehicle management system.

The Empulse is available for immediate order and deliveries will commence in 2011.

All three models of the Empulse will be freeway capable and will enjoy a top speed in excess of 100 mph. Each of the three models will offer customers a different average range from a single charge.

Customers can place their order for an Empulse by visiting the Brammo website. Deliveries are expected to commence in mid-2011 and orders will be filled on a first-come, first-served basis.[wzslider height=”400″ lightbox=”true”]