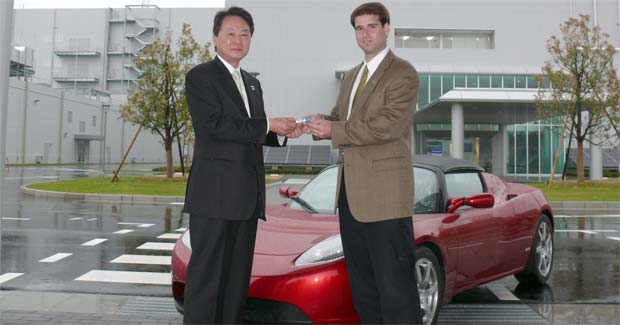 The new factory will start producing 3.1Ah battery cells, the highest energy density cells available in the market. The facility will produce more than 300 million cells per year.

Tesla announced Wednesday that its Roadster model will be available to selected customers in Japan. Earlier this year,  Tesla announced a partnership with Panasonic to accelerate the development of next generation EV cells.

The company said it has delivered more than 1,000 two-seat Roadsters to customers in North America.