BMW Electric Car Parts to be Build in Moses Lake 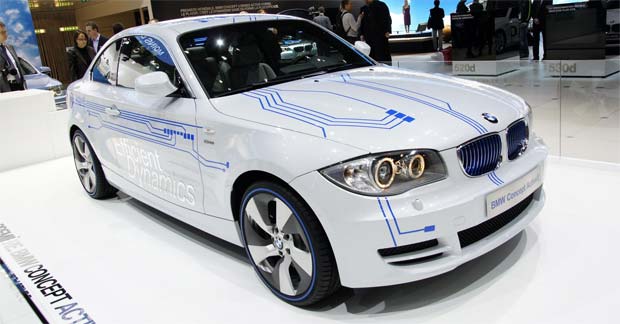 BMW and SGL Group have announced they will invest an initial US$100m to build a carbon fiber plant in Moses Lake, near Seattle, WA.

SGL Automotive Carbon Fibers LLC, a joint venture between BMW and SGL Group was set up in October 2009.

The new facility is an important element of both companies’ strategy to commercialize viable manufacturing of ultra light weight carbon fiber reinforced plastics (CFRP) for use in future vehicle concepts.

BMW wants to replace steel and aluminum with carbon in electric car models such as the upcoming Megacity car, in order to make them lighter.

The production of CFRP involves several work stages. The raw material needed to manufacture carbon fibers, a polyacrylonitrile (PAN) based precursor, will be produced by a joint venture between SGL Group and the Japanese company Mitsubishi Rayon (MRC) in Otake, Japan.

In the next step, the facility in Moses Lake will convert the polyacrylic fibers into the actual carbon fibers. These fibers are then processed into light weight carbon fiber fabrics at a second joint venture site in Wackersdorf, Germany.

The CFRP parts and components will then be made from these fabrics at the BMW Group Plant Landshut, Germany. The assembly of the Megacity Vehicle will take place at the BMW Group plant in Leipzig, Germany where currently a range of BMW 1 Series and the BMW X1 are being built.