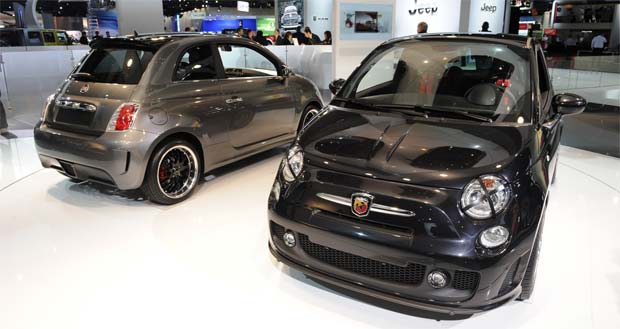 Chrysler Group has officially announced that it will engineer and produce the Fiat 500EV for the U.S. market beginning in 2012.

“Beginning in 2012, Chrysler Group will manufacture the Fiat 500EV for the US market,” a Chrysler statement said.. “Pricing will be announced closer to launch, but will be competitive with similar electric vehicles in the market.”

Shown earlier this year at the 2010 North American International Auto Show, the Fiat 500EV demonstrates the immediate benefits of the alliance between Chrysler Group and the Fiat Group as well as the speed at which the two companies can work together on advanced vehicle programs.

All powertrain engineering and vehicle development will take place at Chrysler Group headquarters in Auburn Hills, Mich. Pricing will be announced closer to launch, but will be competitive with similar electric vehicles in the market.

Chrysler Group is the vehicle electrification center of competence for both Chrysler Group and Fiat Group. The company is exploring ways to promote zero-emission transportation and the development of an electric-vehicle charging infrastructure through partnerships to be announced in the future.

The gasoline version of the Fiat 500 is due in the U.S. at the end of the year.

Chrysler already has a head start on electric vehicle development. The automaker will be receiving up to $48 million from the U.S. Department of Energy to build a total of 140 Ram plug-in hybrids for a three-year demonstration project that includes various geographic and climatic locations across the United States.

The Ram PHEV features Chrysler Group’s 5.7-liter HEMI V-8 with a two mode hybrid transmission and a 12KwHr lithium ion battery. The vehicle is capable of up to 20 miles of zero-emission, pure-electric range without the need for gasoline. An overall fuel economy improvement more than 65 percent is expected for average drive cycles.

Chrysler Group has partnered with Electrovaya Inc. to supply the advanced lithium Ion batteries for the Ram PHEV test fleet.

The DOE grant will expedite the development of vehicle-electrification technology. More than 21 Chrysler Group partners across the U.S., including utility companies, government agencies and Universities will independently test the Ram PHEV and provide valuable data for the advancement of the technology.

In 2008, Chrysler Group announced the company’s intention to bring a Ram Hybrid Electric Vehicle (HEV) to market. After closely evaluating the response to hybrid pickups in the marketplace, the company could not formulate an appropriate business case and has decided to cancel development work on the 2011 Ram HEV.[wzslider height=”400″ lightbox=”true”]

Mar 22, 2010Blagojce Krivevski
One-Quarter of Consumers Would Consider an Electric VehicleMitsubishi i-MiEV Priced at £33,699 in UK