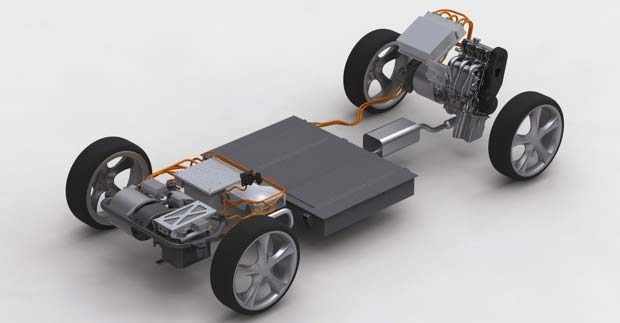 The PROTON Concept car, to be unveiled at the Geneva Motor Show, showcases an advanced series hybrid drivetrain, designed and developed by Lotus Engineering.

Lotus Engineering, the world-renowned automotive consultancy division of Lotus Cars Limited today announces its latest series hybrid vehicle technology application in the PROTON Concept, which will be unveiled at the 2010 Geneva Motor Show.

The complete hybrid drivetrain in the PROTON Concept city car has been developed by Lotus Engineering and it includes the Lotus Range Extender engine, designed specifically for series hybrid vehicles.

The PROTON Concept, a plug-in series hybrid city car, has been styled by Italdesign and will be unveiled on the Italdesign stand at the Geneva Motor Show. Lotus Engineering has designed and integrated the complete drivetrain, including the electrical drive system with single-speed transmission, which delivers low emissions, optimized performance and acceptable electric-only operating range for city use.

For longer journeys, when the battery charge level falls, the 3 cylinder, 1.2 litre Lotus Range Extender engine is used to replenish the charge in the battery and provide electrical power for the drive motors. The battery can also be recharged via an AC mains domestic outlet to achieve initial electric-only operation.

Dr Robert Hentschel, Director of Lotus Engineering said: “The hybrid drivetrain of the PROTON Concept is another example of Lotus Engineering’s expertise in electrical and electronic systems and efficient performance engines. The high efficiency Lotus Range Extender engine, which we unveiled to great acclaim at the IAA Frankfurt Motor Show last year is perfectly suited for the advanced series hybrid we have created for the PROTON Concept city car. It is an exciting example of the diverse range of highly efficient total propulsion systems that Lotus Engineering continues to develop for its partners and clients.”