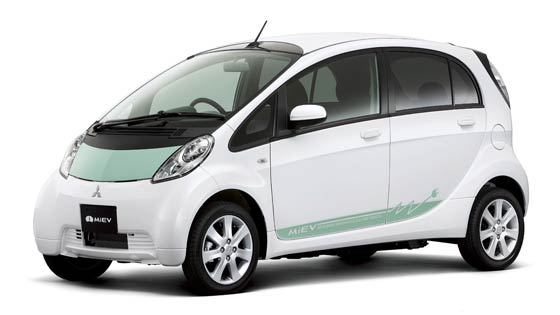 This is the production version of the Mitsubishi i-MiEV electric city car which went on sale on the Japanese market last July with price at 4.6 million yen ($45,369).

It does qualify for a healthy 1,390,000 million yen tax break which brings the cost of the i-MiEV down to a slightly more palatable $31,000.

Mitsubishi will increase production of its i-MiEV electric car by 20 percent from an original plan for fiscal 2010 to 8,500 vehicles and will also move full-scale production of the i-MiEV a year ahead to fiscal 2012, with over 30,000 units to be built every year.

This year, Mitsubishi will start selling the i-MiEV in Europe through Peugeot Citroen PSA, and will also start exporting i-MiEV electric cars to the U.S. in fiscal 2011, leading to a further increase in production. 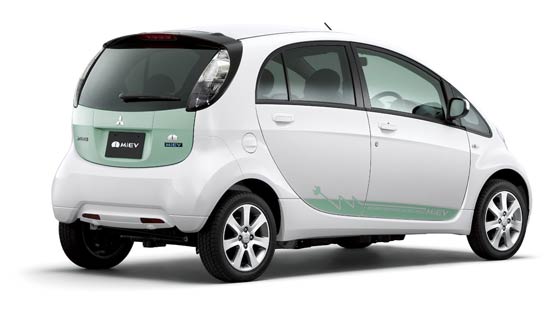 The Mitsubishi i-MiEV is powered by a 16 kilowatt-hour lithium-ion battery that recharges in 7 hours at 200 volts / 15 amps. It takes twice that long at 100 volts. The i-MiEV’s battery can also be “quick charged” at quick-charge stations which are currently being established throughout Japan. Charge with a quick-charger gun takes approximately 30 minutes for an 80% charge.

The high-voltage system, battery pack included, is located inside the body frame and is further protected by a well-crib frame against damage from any direction of impact.

The MiEV OS (MiEV Operating System) gathers data and information from all the major EV components to provide integrated management of the i-MiEV ’s performance. The advanced management system constantly monitors battery status and the energy recovered from the regenerative brakes while regulating output to ensure smooth and powerful acceleration from a full stop. As a result the system optimizes and minimizes energy consumption while delivering road performance that is comfortable, safe and reassuring.

Mitsubishi is hoping that electric vehicles will make up 20 per cent of its sales by 2020.[wzslider height=”400″ lightbox=”true”]