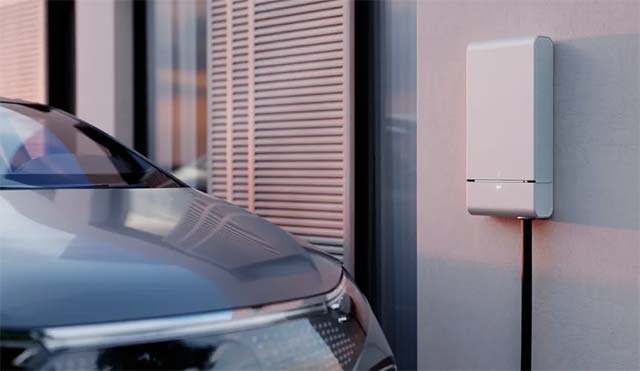 Wallbox, a leading provider of EV charging and energy management solutions worldwide, is introducing Quasar 2, the latest generation of its bidirectional home charger designed specifically for the North American market.

As well as enabling EV owners to charge and discharge their electric vehicle to power their home or the grid, Wallbox’s latest innovation is designed to give EV drivers the ability to isolate their home from the grid and use their EV for backup power during a blackout.

“Bidirectional charging opens up numerous opportunities for smarter energy management in the home,” said Enric Asunción, co-founder and CEO of Wallbox. “Quasar 2 represents a breakthrough in the evolution of home energy management. Not only does it allow us to rethink the way we produce, store and use energy on a day-to-day basis, but has the potential to give users the added power and comfort of being able to power their homes for over three days during a power outage.”

Quasar 2 retains the advanced features and functionality of its predecessor, Quasar, while offering blackout mode, a first-of-its-kind feature that allows EV owners to use their car as an emergency generator in instances of power outages.

With Blackout Mode, users are able to use their EV battery to power their home in the event of a power outage, even those caused by natural disasters. Quasar 2 seamlessly transitions a home to vehicle energy when the power goes out. Depending on the car and energy usage Quasar 2 is expected to be able to power a home for more than three days during a blackout based on an average household’s critical consumption.

“The average American experienced more than eight hours of power interruption in 2020,” said Douglas Alfaro, General Manager of Wallbox North America. “Whether it’s caused by an earthquake, hurricane, wildfire or simply related to an overload on the power grid, a power outage can have a detrimental impact on homeowners that can last for hours or even days. With blackout mode, we are able to offer EV owners some relief by helping mitigate the impact of a major energy disruption in the home.”

Quasar 2 allows EV owners to save on home energy costs through vehicle-to-home (V2H) functionality. In states where power rates are related to demand, users can schedule charging sessions at times when rates are low and discharge their car to power their home when rates are high. Users who have solar panel installations can also store excess energy in their EV during low usage periods and then harness this energy at another time, including peak periods, to reduce their reliance on the grid.

Quasar 2 has been designed to be compatible with existing infrastructure in the U.S. to promote optimal efficiency. Providing up to 11.5kW/48Amp of power for charging and discharging, it is even more powerful than its predecessor. Quasar 2 offers CCS compatibility and connects to the myWallbox app through Wifi, Bluetooth, Ethernet, or 4G.