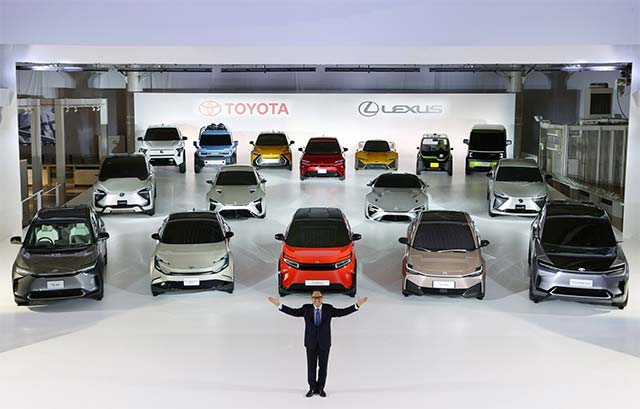 The Japanese car maker will invest 4 trillion yen ($35 billion) to launch a total of 30 Toyota and Lexus battery electric vehicles by 2030 in the passenger and commercial segments, Toyoda president said in a press briefing today.

Toyoda revealed a bold plan for the two companies to sell 3.5 million battery-electric and fuel-cell electric vehicles by 2030, up from its previous target of 2 million, stating that “we need to reduce emissions as much as possible, as quickly as possible,” and that the companies will “increase alternatives for carbon-neutral automobiles” that run on “clean” energy.

According to Toyoda, some future EVs will be based on existing models, and some of the concepts do look like current models, such as the Toyota Hilux and Lexus NX, while others will be all-new, customized models built on the brand’s new e-TNGA EV platform developed in partnership with Subaru.

Toyoda also said that 100% of the vehicles in its luxury Lexus brand would be EVs globally by 2035. The Lexus brand aims to have battery EVs account for 100% of total sales in Europe, North America and China by 2030.