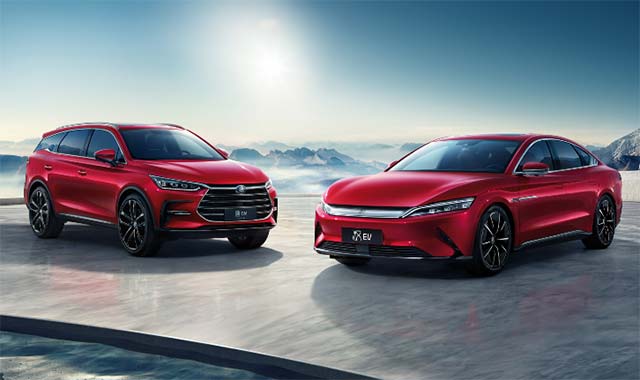 BYD has secured sales growth for nine consecutive months since this March. By the end of November, the cumulative annual sales of BYD passenger vehicles topped 500,922 units, which greatly underscored its leadership in the NEV world.

Bolstered by  the DM-i technology, BYD sold 43,984 units DM models in the month, up 499.8% YoY as a great player in China’s plug-in hybrid vehicles market; also, thanks to advanced technologies like the e-platform 3.0 and the Blade Battery, BYD EV models created a stable sales growth, achieving 46,137 units sales volume with a YoY increase of 153.2 %.

As the flagship NEV sedan of the Dynasty series, BYD Han once again set an all-time high record of 12,841 units, in which Han EV alone sold 10,021 units. With cumulative sales exceeding 140,000 units, BYD Han has become the new paradigm in the market.

The sales of the 2021 Tang series doubled YoY to over 8125 units. BYD Tang DM-i, with its advantages of “fast, economic, quiet, smooth, eco-friendly” and its low fuel consumption (5.3L/100km), has been an important player in the SUV segment.