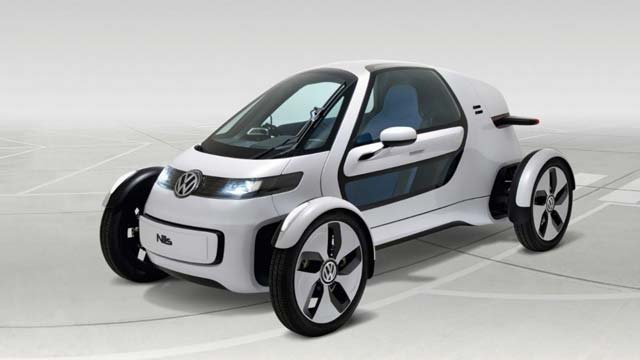 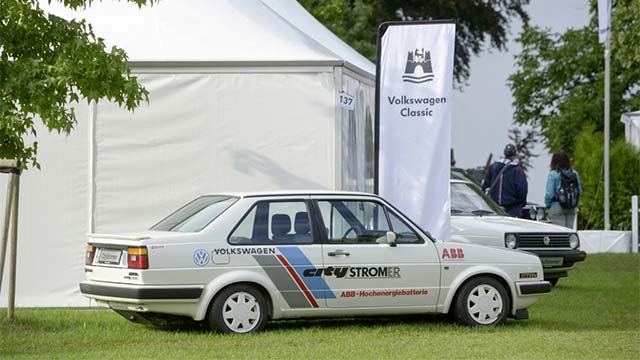 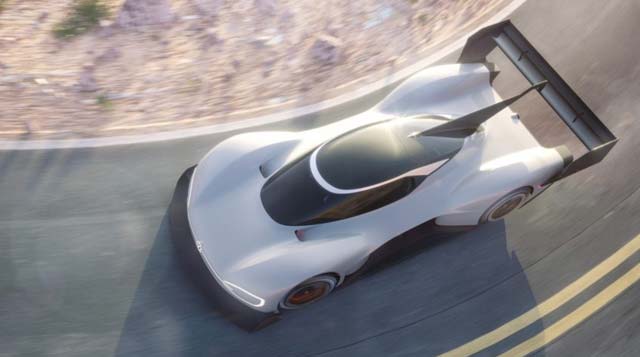 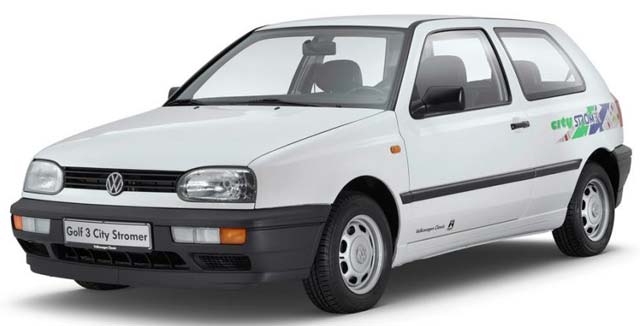 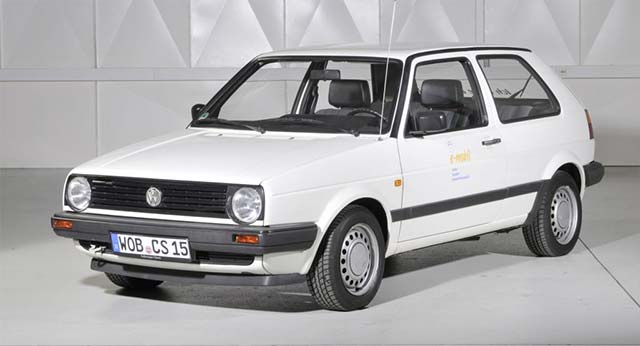 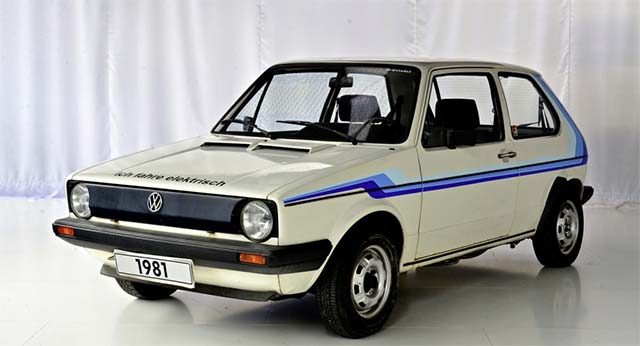 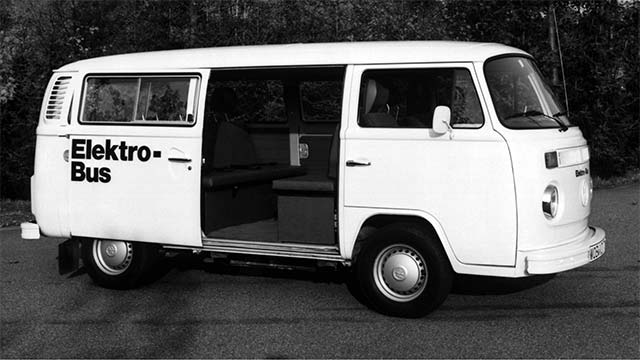 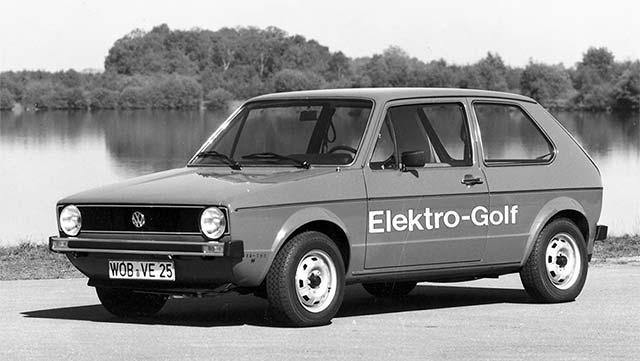 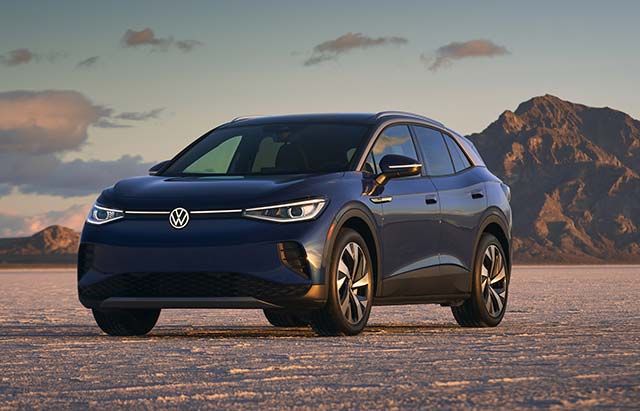 The road to making electric vehicles become reality stretches back many decades, from the beginnings of the auto industry to global electric vehicles like the Volkswagen ID.4 SUV. One of the side roads Volkswagen took on its path to electrification involved converting an entire island to electric transportation – and the creation of a Rad-era VW van.

In the early 1990s, the German government asked automakers to push the boundaries of what was possible with current day EV technology. To create a real-world environment for testing EVs, Germany set up a long-term test on Rügen, the country’s largest island and a resort destination in the Baltic Sea. The island provided daily driving demands that were well suited to the limited EV ranges of the time, and as much of its electricity came from wind power, the vehicles had a low carbon footprint.

Various German automakers contributed 60 custom-built EV models to the experiment between 1992 and 1996, with 19 cars and vans from Volkswagen. Volkswagen made nine Golf III CitySTROMer models available – an evolution of prior EV prototypes that had several innovations, including an alternating-current synchronous motor, flexible battery location and the ability to use a variety of battery chemistries, from lead-acid gel to sodium-nickel chloride.

Ten Volkswagen Elektro-Multivans used similar technology, updating the work Volkswagen had done since the early 1970s exploring electric cargo haulers. Due to low energy density, the CitySTROMer only made about 21 hp, with a range of roughly 55 miles – which, while limited, was enough to handle daily driving around Rügen.

Over three years, residents of Rügen put tens of thousands of miles on the CitySTROMer and electric van, but the experiment demonstrated the need for longer-range batteries, more engine power and a charging infrastructure. All of those challenges will have far more advanced answers when the production version of the ID.Buzz electric van debuts in the not-too-distant future.

From early experiments to thought-provoking concepts, each project pushed the boundaries of available technologies. Here’s a look back at VW vehicles that paved the way for an EV future.

In the early 1970s, soaring oil prices and fuel shortages prompted Volkswagen to explore alternative powertrains. An 11-person team developed a battery system that would power Volkswagen’s first all-electric concept vehicle – the Elecktro Bus – at the Centre for Future Research in Wolfsburg, Germany.

The 1972 Bus – which had a short production run of about 120 vehicles – was powered by heavy, low-capacity lead-acid batteries. Like most modern EVs, the battery pack was located on the vehicle floor in the center of the chassis, necessary given its size and 1,847-lb. weight. Unlike today, however, its range was a mere 25 miles, and top speed was only 43 miles per hour.

At first glance, the Electric Golf Mk1 concept looked like any other Golf hatchback, but instead of a four-cylinder gas engine, it featured a 27-horsepower electric motor and a four-speed manual gearbox.

The car’s range was roughly 31 miles. Charging the 16.6-volt lead-acid batteries via a 220-watt connection took about six hours – and the battery pack was so huge it required taking out the Golf’s rear seats. Volkswagen engineers would regularly drive the model in normal traffic conditions to collect information that helped improve batteries in future models.

Based on experience with the first electric Golf, Volkswagen worked with a German utility to further develop the concept. A total of around 25 prototype vehicles, known as the Golf CitySTROMer, were built as part of a small-scale production run.

The CitySTROMer is considered one of the first electric vehicles suitable for everyday use, with room for four people. Its range was around 37 miles and it could travel about 62 miles a day with time for recharging.

The Golf II CitySTROMer was the first electric vehicle built by Volkswagen for series production and eventual sale to the public in Germany.

While the range of the Golf II CitySTROMer was down slightly to 31 miles from its predecessor, it offered the innovation of gel-electrolyte batteries carrying 11.4 kWh of energy, cutting enough weight to allow a top speed of 62 mph with its 31-hp electric motor. The 70 CitySTROMers built were mainly used for customer service by power utilities.

Many of the early EV prototypes were designed around the limitations of older battery technology. The Jetta CitySTROMer concept was an early experiment with newer technologies, using sodium-sulfur chemistry instead of traditional lead-acid batteries.

The pack weighed half as much as prior batteries, giving the Jetta up to 75 miles of range and a top speed of 65 mph – both extraordinary for their time – but the technology proved unsuitable for mass production.

When the Golf Mark III was released, Volkswagen revived the CitySTROMer line once again with the latest available technology. The 16 gel batteries could offer a range of up to 55 miles, but now the vehicle could be recharged to about 80 percent in 1.5 hours on a European power connection.

The Mark III CitySTROMer also offered the ability to recuperate energy through braking, a key component of modern EVs. Over three years, 120 of the vehicles were built and sold in Germany.

With the arrival of lithium-ion batteries, automakers considered wildly creative ways to innovate with the new technology. Debuting at the 2011 Frankfurt Auto Show, the NILS concept was one of the most radical Volkswagen vehicles ever shown – a futuristic take on a commuter car based on “bubble” vehicles from the ‘50s and single-seat race cars.

With a range of about 40 miles from a 5.3-kWh battery pack, the NILS could get to 60 mph in about 11 seconds and took approximately two hours to recharge. It also demonstrated an early version of radar-based braking and cruise control.

The e-Golf was the first Volkswagen model produced in high volume with a purely electric drive and was the first fully-electric Volkswagen to go on sale in the United States. The car offered all the benefits of a best-selling compact car, combined with zero tailpipe emissions, an EPA estimated 83 miles of range at launch and a practically silent driving experience. 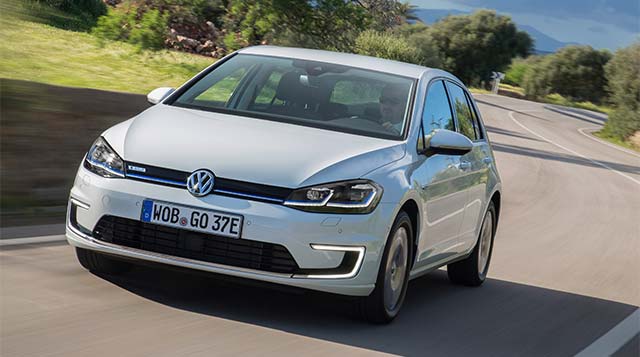 Using quick charging technology (CCS), its 24.2-kWh lithium-ion battery could be charged to 80 percent of its capacity in about 20 minutes. Later models offered an EPA estimated 125 miles of range thanks to more energy-dense batteries.

The ID. R Pikes Peak was Volkswagen’s first all-electric race car and made history at the annual Pikes Peak International Hill Climb in Colorado.  Designed from scratch to maximize aerodynamic advantage, the Motorsports model got its power from two electric motors on each axle, with a total of 671 hp and 479 lb.-ft. of torque, variable among all four wheels.

The car not only beat the previous electric record but the overall record as well — by 16 seconds.

Volkswagen’s first all-electric SUV arrives with an EPA estimated 250 miles of range for the 1st Edition and Pro S, 201 hp, DC fast-charging capacity and a host of features and technology that help make it easier than ever to adopt the EV lifestyle.

And from regenerative braking to an advanced lithium-ion battery in a vehicle with room for five passengers, the ID.4 shows how far EV technology has come over the years.

Nov 28, 2021Blagojce Krivevski
XPeng Named Norway's Most Known Newcomer of the YearNissan unveils Ambition 2030 vision to empower mobility and beyond