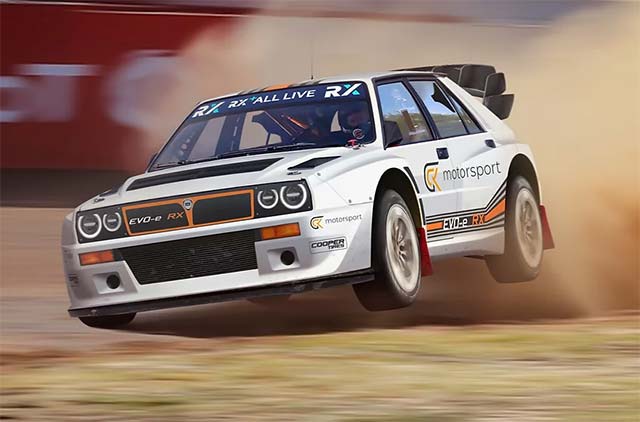 GCK Motorsport announced their extensive 2022 motorsport plans, which will see them continue to develop their cross-country programme by participating in the newly created FIA Cross-Country World Championship, as well as buckle up to race the FIA World Rallycross Championship’s inaugural all-electric 2022 season.

This will see the chassis of the iconic 80’s rally car entered into rallycross in a move by the team to celebrate and bring back to life the legend of the famous 6 WRC Constructor Championship winning car.

Part of a 14-car grid, GCK Motorsport will be lining up against teams united in their use of Austrian-made Kreisel electric drivetrain which will deliver 500 kilowatts of power, allowing for acceleration faster than that of a Formula 1 car – so expect some epic starts! Drivers will have access to the equivalent of 671 hp with 880 newton-metre (Nm) of instant torque at the touch of a pedal, making for thrilling racing right from the off.

Not only will GCK Motorsport be back in the WRX driver’s seat in 2022, but GCK Energy will also return to power the grid following a successful first season delivering green energy to the Championship’s support class, RX2e. Using a combination of solar energy and power collected from green energy networks ahead of race weekends, GCK Energy will supply electricity to recharge the batteries of all cars between races from its custom containers, making the new generation of World Rallycross one of the most environmentally conscious disciplines in motorsport.

Alongside their commitment to the new generation of rallycross, 2022 will see GCK Motorsport run a full cross-country programme in their biofuelled GCK Thunder. After a 6-year hiatus, Guerlain Chicherit, president of Green Corp Konnection, has committed to the full FIA Cross-Country World Championship season, a race format newly launched by the FIA and ASO, which will see the world’s best teams, drivers and cars compete in up to 5 of the most gruelling cross-country events a year for the Championship title. 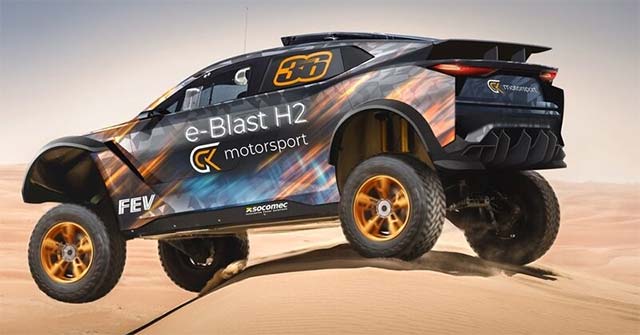 Guerlain commenced his Dakar career in 2005 and won the FIA Cross Country World Cup in 2009. He tackled the Dakar Rally 10 times, bagging a number of stage wins and creating the first ever ‘viral Dakar moment’, the globally celebrated #zebrabuggy, in 2015. Guerlain’s return to racing in 2022 plays a key role in GCK’s vision of playing a leading part in the future of motorsport.

In line with this vision, GCK Motorsport will be charging ahead with their multi-year cross-country programme, developing a bespoke hydrogen vehicle in-house with a view to race competitively in 2023/24. The 2022 Dakar will mark a significant milestone for GCK Motorsport, as their e-Blast H2 will be presented with its integrated fuel cell system for the first time on 8th January, at the Rally’s dedicated day to the future of Dakar.

“I’m super excited for us to be returning to the FIA World Rallycross Championship under its new electric banner. The race format suits itself to deliver one of the most exciting racing spectacles in electric cars launched so far. It’ll be a busy year for GCK Motorsport, with our commitment to not only WRX but also the FIA Cross-Country World Championship, which the Dakar Rally will be the pinnacle of. A return to racing cross-country after so many years will be tough but I’m ready and looking forward to taking on this challenge with my team. Motorsport is going through a significant change at the moment with the impact felt across industries – playing our part in developing some of this change is what has us all motivated every day”, Guerlain Chicherit commented.