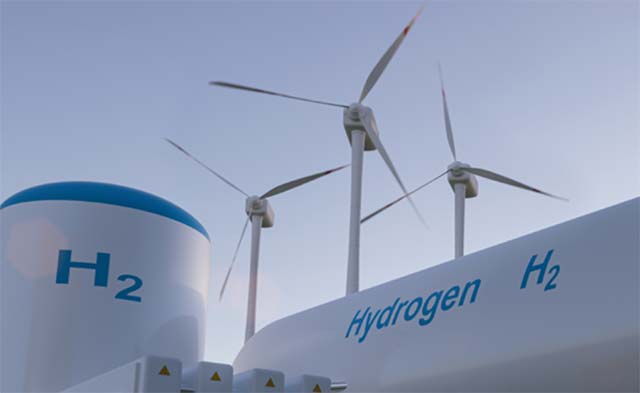 The UK government has revealed plans to kick start world-leading hydrogen economy set to support over 9,000 UK jobs and unlock £4 billion investment by 2030.

The UK’s first-ever Hydrogen Strategy drives forward the commitments laid out in the Prime Minister’s ambitious 10 Point Plan for a green industrial revolution by setting the foundation for how the UK government will work with industry to meet its ambition for 5GW of low carbon hydrogen production capacity by 2030 – the equivalent of replacing natural gas in powering around 3 million UK homes each year as well as powering transport and businesses, particularly heavy industry.

A booming, UK-wide hydrogen economy could be worth £900 million and create over 9,000 high-quality jobs by 2030, potentially rising to 100,000 jobs and worth up to £13 billion by 2050. By 2030, hydrogen could play an important role in decarbonising polluting, energy-intensive industries like chemicals, oil refineries, power and heavy transport like shipping, HGV lorries and trains, by helping these sectors move away from fossil fuels. Low-carbon hydrogen provides opportunities for UK companies and workers across our industrial heartlands.

With government analysis suggesting that 20-35% of the UK’s energy consumption by 2050 could be hydrogen-based, this new energy source could be critical to meet our targets of net zero emissions by 2050 and cutting emissions by 78% by 2035 – a view shared by the UK’s independent Climate Change Committee. In the UK, a low-carbon hydrogen economy could deliver emissions savings equivalent to the carbon captured by 700 million trees by 2032 and is a key pillar of capitalising on cleaner energy sources as the UK moves away from fossil fuels.

The government’s approach is based on the UK’s previous success with offshore wind, where early government action coupled with strong private sector backing has earned the UK a world leading status. One of the main tools used by government to support the establishment of offshore wind in the UK was the Contracts for Difference (CfD) scheme, which incentivises investment in renewable energy by providing developers with direct protection from volatile wholesale prices and protects consumers from paying increased support costs when electricity prices are high.

As such, the government has today launched a public consultation on a preferred hydrogen business model which, built on a similar premise to the offshore wind CfDs, is designed to overcome the cost gap between low carbon hydrogen and fossil fuels, helping the costs of low-carbon alternatives to fall quickly, as hydrogen comes to play an increasing role in our lives. Alongside this, the government is consulting on the design of the £240 million Net Zero Hydrogen Fund, which aims to support the commercial deployment of new low carbon hydrogen production plants across the UK.

Other measures included in the UK’s first-ever Hydrogen Strategy include:

– outlining a ‘twin track’ approach to supporting multiple technologies including ‘green’ electrolytic and ‘blue’ carbon capture-enabled hydrogen production, and committing to providing further detail in 2022 on the government’s production strategy

– working with industry to assess the safety, technical feasibility, and cost effectiveness of mixing 20% hydrogen into the existing gas supply. Doing so could deliver a 7% emissions reduction on natural gas

– launching a hydrogen sector development action plan in early 2022 setting out how the government will support companies to secure supply chain opportunities, skills and jobs in hydrogen

Prioritising and supporting polluting industries to significantly slash their emissions, the government also announced today a £105 million funding package through its Net Zero Innovation Portfolio that will act as a first step to build up Britain’s low carbon hydrogen economy. The investment will help industries to develop low carbon alternatives for industrial fuels, including hydrogen, which will be key to meeting climate commitments. This includes:

– £55 million Industrial Fuel Switching Competition. Funding will support the development and trials of solutions to switch industry from high to low carbon fuels such as natural gas to clean hydrogen, helping industry reach net zero by 2050

– £40 million Red Diesel Replacement Competition. Providing grant funding for the development and demonstration of low carbon alternatives to diesel for the construction, quarrying and mining sectors, with the aim of decarbonising these industries reliant on red diesel, a fuel used mainly for off-road purposes such as in bulldozers. With red diesel responsible for the production of nearly 14 million tonnes of carbon each year, the investment supports the UK government’s budget announcement removing the entitlement to use red diesel and rebated biodiesel

This comes as the Transport Secretary unveils the winners of a £2.5 million R&D competition for hydrogen transport pilots in the Tees Valley area, which will lead to supermarkets, emergency services and delivery companies trialling hydrogen-powered transport to move goods and carry out local services.

Hydrogen can be made as safe as natural gas. As the hydrogen economy develops, all necessary assessments will be carried out and measures put in place to ensure that hydrogen is stored, distributed and used in a safe way.

The UK government is already working with the Health and Safety Executive and energy regulator Ofgem to support industry to conduct first-of-a-kind hydrogen heating trials. These trials along with the results of a wider research and development testing programme will inform a UK government decision in 2026 on the role of hydrogen in decarbonising heat. If a positive case is established, by 2035 hydrogen could be playing a significant role in heating people’s homes and businesses, powering cars, cookers, boilers and more – helping to slash carbon emissions from the UK’s heating system and tackle climate change.

– In Scotland. The Acorn Hydrogen project located in St Fergus, Aberdeenshire, is taking advantage of existing oil and gas infrastructure to reform North Sea natural gas into low carbon hydrogen with the emissions created from generating the hydrogen, safely removed and stored through carbon capture, usage and storage. The project is being led by Storegga, with funding and support from industry partners including Harbour Energy, Shell, the UK and Scottish Governments and the European Union.

– In Northern Ireland. The development of hydrogen-powered buses by Wrightbus in Belfast. The company has invested heavily into developing hydrogen fuel cell buses and has received over £8 million over the last four years from Government research and development funding for the automotive sector.

– In Wales. In Port Talbot a project by Hanson Cement is demonstrating how hydrogen from renewable energy can help decarbonise cement manufacturing.

– In England. As part of the BEIS-funded HyNet Industrial Fuel Switching Competition, Unilever alongside Progressive Energy are running a trial to switch an onsite natural gas-fired boiler to hydrogen. The boiler, located at Unilever’s Port Sunlight facility on the Wirral, raises steam used for the manufacture of home and personal care products.