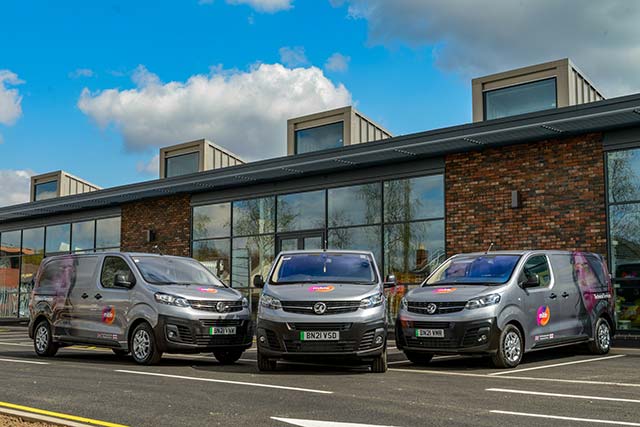 The first Vivaro-e has already been delivered and takes Mitie to the landmark of 1,000 electric vehicles on its fleet. The van will be used by a Mitie frontline engineer and has been specially fitted-out to ensure it can carry all the equipment needed while minimising weight, to help maximise the battery’s range.

While Mitie began its electric vehicle transition in mid-2019, this was with a focus on cars and small vans, as there was no viable alternative for its large diesel vans with an adequate range to manage the heavy load often carried by mobile engineering teams.

Mitie ordered the 75kWh battery vans with a split of standard L1 and long L2 wheelbase versions. Capable of up to 205 miles from a single charge, these Vivaro-e vans support up to 100kW rapid charging with an 80 per cent charge taking just 45 minutes.

Payload is best-in-class, up to 1226kg, and, uniquely in the market for all-electric LCVs, Vivaro-e is capable of towing up to one tonne. The vans are also exempt from current congestion and ultra-low emissions charges, and also benefit-in-kind taxation at 60 per cent of the standard van rate.

The Vauxhall Vivaro-e was named 2021 International Van of the Year – taking home one of the most coveted awards in the light commercial vehicle sector. This is the first time a fully electric mid-size van has won the overall title. Judges praised its extensive zero emissions range, excellent load capacity and high levels of technology.