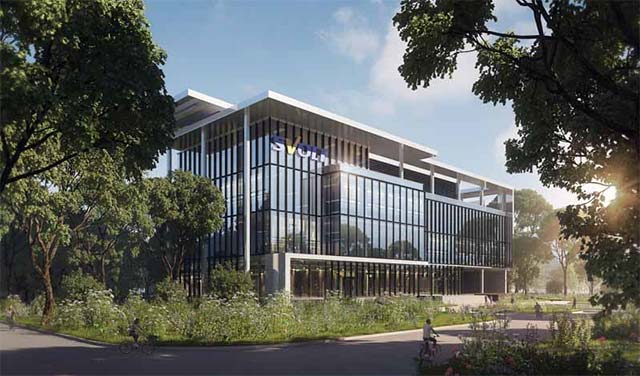 A module and pack factory as well as a state-of-the-art cell factory with 24 GWh production capacity in the final expansion stage will be built at two Saarland locations. A total investment of up to EUR 2 billion is planned in Europe. In total, SVOLT aims to create up to 2,000 jobs. Battery cells and modules and high-voltage storage systems (packs) will be produced in Germany.

A reliable partner for the European automotive industry

As a spin-off from Chinese car manufacturer Great Wall Motors, SVOLT combines systemic knowledge in the field of battery systems and management with extensive expertise in the field of vehicle integration. SVOLT is able to offer its customers tailor-made solutions at the battery cell, module and high-voltage storage system (pack) level as well as the corresponding software.

In addition to solutions that comply with current market standards, SVOLT is working intensively on the development of new technologies and the continued further development of existing technologies. With two large R&D centres in Baoding and Wuxi, China, and three R&D hubs, SVOLT currently employs around half of its 3,000 worldwide employees in the area of research and development alone and registered over 550 patents in 2019. Among other things, SVOLT is the first company to bring cobalt-free high nickel cell chemistry to mass production readiness. SVOLT also employs an active research and development team working in the area of solid-state batteries.

The cobalt-free nickel manganese battery cells achieve an energy density comparable to that of conventional high-nickel cells, but by doing without cobalt, are more sustainable, durable and more economical. The high-tech company plans to bring the first cobalt-free high-nickel battery cells installed in vehicles onto the market as early as mid-2021. The target segment is the mid-range volume market.

Battery cell production is planned to start at the end of 2023 and will be established near the Saarland town of Überherrn. In its final expansion stage, it will achieve a production capacity of 24 GWh, which corresponds to batteries for 300,000 to 500,000 electric cars per year. The module and pack factory will be implemented on an already industrialised site at Heusweiler, which will be retrofitted for module and pack production. Production is expected to start here as early as mid-2022.

The large-scale project will be implemented in close cooperation between SVOLT, the State Ministry of Saarland for Economic Affairs, Labour, Energy and Transport (MWAEV) and Strukturholding Saar GmbH (SHS). With its implementation concept, the MWAEV has actively entered into the settlement talks and was able to convince SVOLT. SVOLT is commissioning SHS with the construction of the two factories as a turnkey project.

SVOLT plans to establish 100 GWh battery cell production capacities worldwide by 2025. In addition to the plant in Germany, three plants are planned in the Asian Pacific region with an installed total capacity of 76 GWh. SVOLT opened the first of the four planned cell factories in Jintan, China in November 2019. In addition, several module and pack plants are being created – depending on customer requirements.

A total investment of EUR 8 billion is expected worldwide. The company intends to employ around 10,000 people. At the same time SVOLT is continuously developing its research and development capacities.