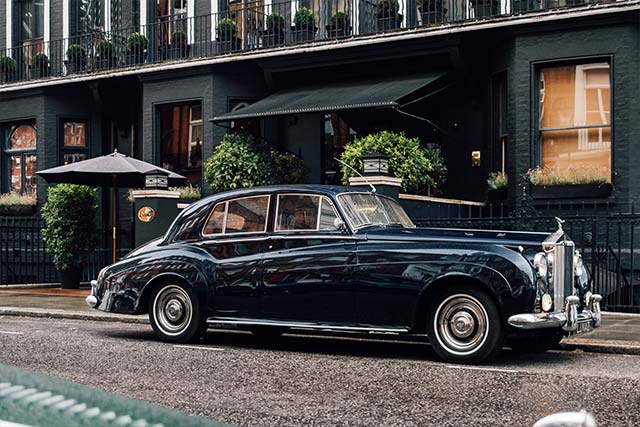 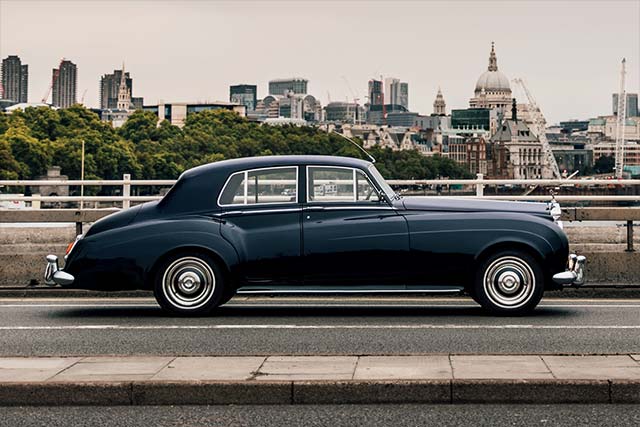 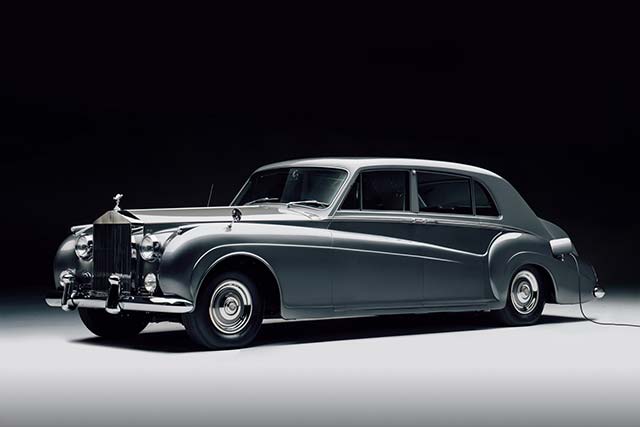 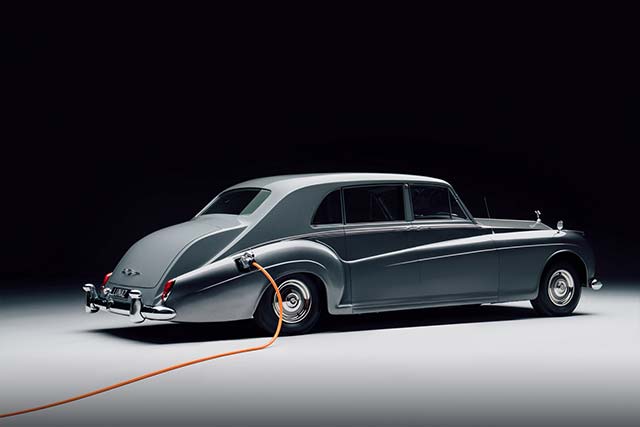 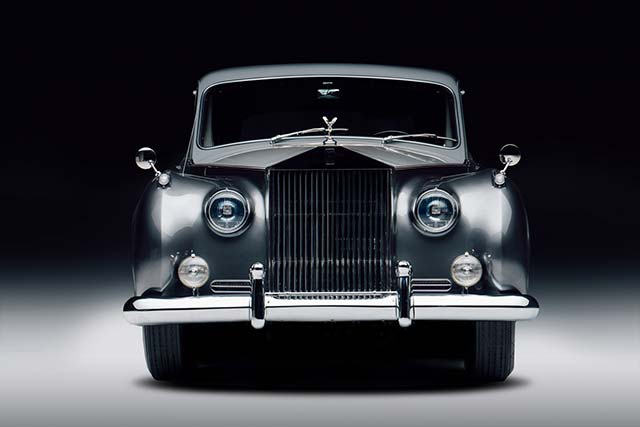 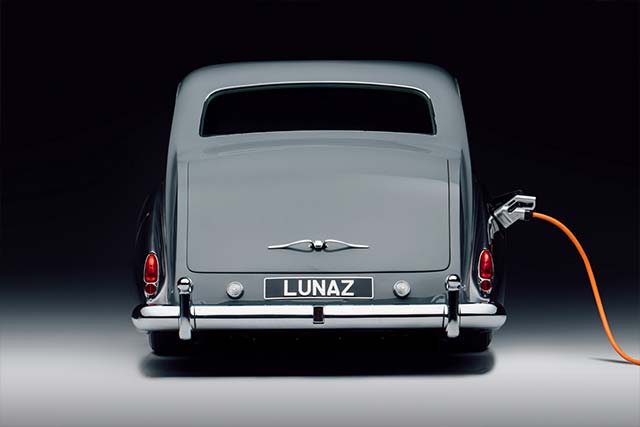 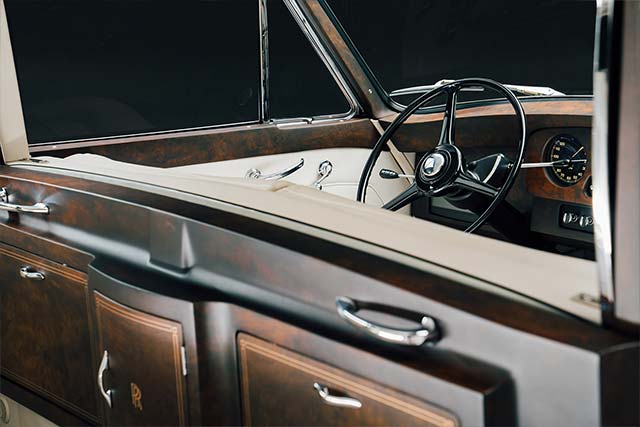 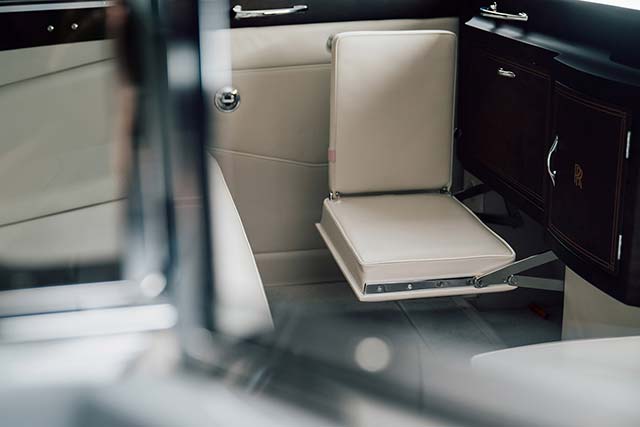 A 1961 Rolls-Royce Phantom V has now completed the Lunaz reengineering process. This includes ground-up restoration and the incorporation of Lunaz’s proprietary electric powertrain and full suite of hardware and software upgrades. Production allocation for the first tranche of Rolls-Royce cars by Lunaz will be strictly limited to 30. Orders are already being taken from Lunaz’s existing client base and some of the most celebrated and influential institutions in the world.

Following demand for electrified Phantoms, Lunaz elected to begin creating Rolls-Royce Silver Clouds. From today, clients are invited to secure allocation for these cars in a range of body styles, including four-door limousine, two-door coupé and drop head coupé.

The start of production of the world’s first electric Rolls-Royce cars follows a surge in demand for the electrification of pinnacle classic cars. This is driven by a rebalancing of car collections for a clean air future. To meet this demand, Lunaz is doubling its workforce at its Technical HQ in Silverstone, England.

“No car in the world matches a Phantom for presence, style and significance. Through electrification we proudly further the legacy of the ‘best car in the world’, making Rolls-Royce ownership a relevant choice for a new generation.

“A Rolls-Royce Silver Cloud has always stood as the most beautiful expression of long-range luxury touring.  Electrification brings a new dimension of usability and driver engagement to some of the most significant cars ever made,” says David Lorenz, Founder of Lunaz.

A Rolls-Royce Phantom by Lunaz is the only built-for-purpose, electric chauffeur-driven car in the world. These cars answer a growing requirement from individuals and the world’s leading institutions for a clean-air alternative.

A Rolls-Royce is always engineered for silent running, with power delivered smoothly with the feeling of one continuous gear. Conversion to electric amplifies these characteristics while ensuring these most significant cars remain a relevant proposition for changing sensibilities and legislative climates, particularly in major global cities.

Rolls-Royce Phantoms by Lunaz are powered by the firm’s proprietary electric powertrain. Its battery pack is the largest of its type in the world at 120 kWh, ensuring range of over 300 miles – significantly more than required for traditional chauffeur-driven use.

Every car by Lunaz is taken back to the bare metal, 3D scanned, weighed and fully restored before the conversion and re-engineering process begins. This affords every Lunaz customer the scope to inject their own design and technology desires under the guiding hand of Design Director, Jen Holloway.

The 1961 Rolls-Royce Phantom V by Lunaz perfectly clothes the car’s timeless proportions and unmistakable presence with a contemporary two-tone paint scheme, with Midland Grey on the upper of the car and Cinereous Grey on the lower. The hand-painted feature line that breaks the two colours is inspired by a period item specified by the car’s previous client; a pink bakelite telephone that sat between the rear occupants. Naturally, this item has been retained in the final build and upgraded to incorporate modern cellular phone technology, encrypted for privacy.

The interior scheme tastefully echoes the exterior. The very finest sustainably-sourced leather is crafted by Lunaz’ in-house specialist team and specified in Argent Grey. Instead of traditional seat piping, a double welt feature is presented in Whisper with Argent Grey, creating a contemporary pinstripe detail.

The feature line’s subtle shade of pink is referenced as an unexpected detail feature on the inside of the grab-handles, placed for the convenience of occupants as they enter and exit the car.

The original woodwork has been painstakingly restored and finished with a contemporary satin treatment. This sympathetic update is offset with rose gold inlays. This approach extends to the door cappings, front fascia and the picnic table backs affixed to the privacy division that separates the driver and rear passenger compartment.

Every car by Lunaz is built with subtly placed modern technological conveniences. The driver benefits from a fully integrated infotainment system including satellite navigation. Audio can be split between the rear and front to ensure passengers are able to listen to music without interruption from the driver’s sat-nav instructions. Climate control is also significantly upgraded to incorporate modern air conditioning with the capability to dictate differing air settings depending on each occupant’s preference.

Two screens are integrated behind the privacy division’s picnic tables allowing rear occupants to watch films and mirror screens from mobile devices. A bar service occupies the centre of the unit and has been custom built to perfectly fit the owner’s favourite brand of tequila. Every Lunaz client will be invited to specify dimensions for their beverage of choice.

The 1961 Rolls-Royce Phantom by Lunaz is built in eight-seat configuration with a front bench for three occupants, rear bench for a further three and two occasional seats. Occupants throughout will benefit from Lunaz’s commitment to specifying only the very best materials. For example, rear floormats have been custom made in alpaca wool, a material that is rarer than cashmere, softer than lambswool and is considered highly sustainable.

Retaining the character of these significant cars is the priority throughout the conversion and restoration process. This extends to every detail including the weighting of switchgear which has been exhaustively engineered to operate an entirely new powertrain with the same haptic feedback as the original. Instrumentation also stays true to the spirit of the 1960s design, with delicate integration of a battery range meter and power gauge.

Every car by Lunaz is equipped with the capability for both home charging and rapid charging.

The Rolls-Royce Silver Cloud is widely regarded as the most glamorous evocation of a drivers saloon in automotive history. Lunaz is delighted to breathe new life into these cars by enhancing the usability, reliability and sustainability offered by an electric powertrain.

Like every electrified classic by Lunaz, production allocation will be strictly limited and customers across the globe have already secured build slots.

Luanz is making allocation available for both fixed head and drophead body styles across Silver Cloud I, II and III. On founding the company, Founder David Lorenz sought to create the ultimate drivers’ classics. An 80kw/h battery ensures 300+ miles range, providing the confidence for drivers to take the Silver Cloud on the long continental journeys for which it was intended.

From its inception in early 2018, the company has hired the very best engineering, design and manufacturing talent. The team has been handpicked to satisfy all of the identified requirements of Lunaz’s clientele and includes expertise from Aston Martin, Ferrari, Ford, Formula 1, Jaguar, Volkswagen, McLaren and Rolls-Royce.

The restoration and conversion process represents re-engineering from the ground up. It starts with an exhaustive inspection. Each corner is then weighed to understand the original weight distribution to the gram. This information informs decisions on chassis setup, powertrain packaging and suspension. The internal combustion engine and associated systems are then removed and the chassis is prepared for electrification.

The car is then 3D scanned; this allows the engineers to create detailed CAD models to ensure technical perfection in every step of the process. The specifics of Lunaz’s electric propulsion technology is closely guarded, but each classic by Lunaz is designed, developed, engineered and tested in-house using the highest specification modules available for automotive applications.

Traditional coachbuilding and restoration skills are then employed and the car is stripped down to a bare metal shell. Even imperceptible body defects are addressed by hand before the surface finish process begins.

The accessories associated with electric powertrains including battery chargers and DC converters are sensitively integrated into the existing design of the car, utilising the fuel filler cap for charging and adapting dials to an appropriate read-out for the electrical powertrain. New air conditioning and electronic heating systems are installed and the accelerator is converted to a throttle-by-wire system. Following the uprating of braking, suspension, steering and electronics systems every circuit is tested before first start-up procedures begin.

“My approach to design is defined by Sir Henry Royce’s philosophy that ‘small things make perfection and perfection is no small thing’. Together with our clients we work to create relevant expressions of the most significant cars in history. I am proud to give new purpose to some of the most beautiful objects ever created,” said Jen Holloway, Design Director.

It falls upon Design Director, Jen Holloway, to create truly exceptional electric classic cars. Jen joins Lunaz following a diverse design career spanning both automotive and industrial design, holding positions in some of the most celebrated design houses and luxury brands in the world.

This includes the management of one-off client bespoke projects for Aston Martin’s ‘Q Division’. Outside of automotive, Jen was in the design leadership team for one of the world’s leading design consultancies. While there she worked across, industrial design, luxury marine aviation and high-end audio projects.

At Lunaz Jen is the conduit between the vision of the customer, bringing together both engineering and artisanal disciplines to deliver cars sensitively built in the image of their client. Jen and her team work to understand each customer’s aesthetic vision to shape an approach and create a truly one-of-a-kind design treatment that perfectly expresses the client’s tastes.

The process is an absorbing personal journey that deeply explores the Lunaz proposition in harmony with individual design requirements. Jen and her team provide a guiding hand in all colour, materials and design specification decisions. This includes carefully adapting original features to meet contemporary needs.

This ensures every Lunaz car perfectly marries the spirit of the original with the vision of the customer.