Detailed look at the SEAT Mii Electric from the inside [infographic] 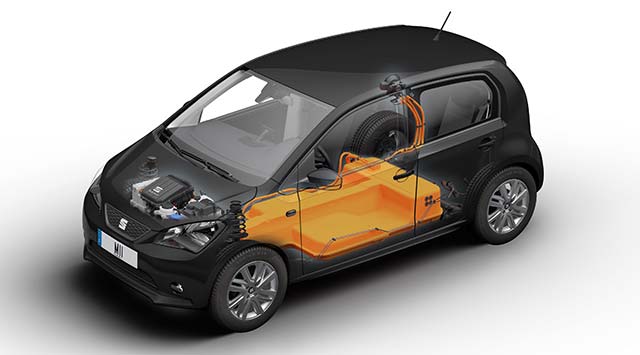 When Benjamin Franklin opened the way to an electric world in 1752, he probably never imagined that one day the energy that moved a key attached to the tail of a kite would drive a car.

Today’s vehicles can be charged from a household socket. They are more sustainable, have a lower cost per kilometer and deliver the same (or even better) performance. But do we know how electric cars work? We find out by taking a close look inside the SEAT Mii electric.

It all begins with electricity
Alternating current, direct current, combined… Electric vehicles can be charged using either a domestic electric network or at a fast charging station. The difference is that domestic current is alternating, while fast charging is direct current. Therefore, different connectors are needed. 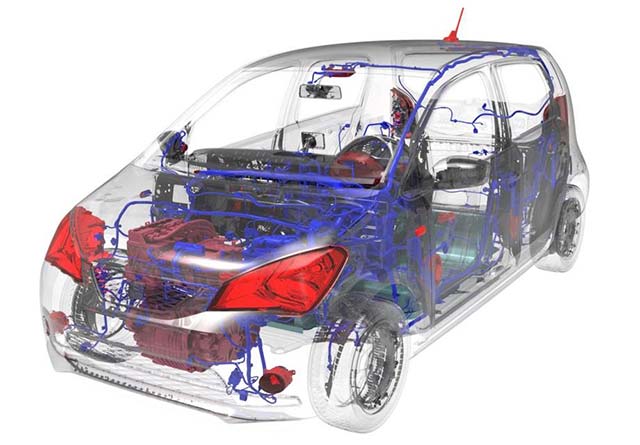 “The Mii electric features a combined system that allows for both types of charging. The time needed at home will depend on the contracted power or whether wallboxes are used. When using fast chargers, the charging time can be  more than 5 times lower”, says Francesc Sabaté, the head of Energy System Development at SEAT.

High-voltage safety
If the car is being charged from a domestic AC network, the electricity first passes through the charger located under the engine, via the charging cable. As this is a high-voltage system, the entire circuit has high safety measures. “The batteries of the Mii electric are continuously checking the parameters of the entire system. If a measurement does not meet the set levels during a check, the system automatically disconnects”, ensures Francesc. 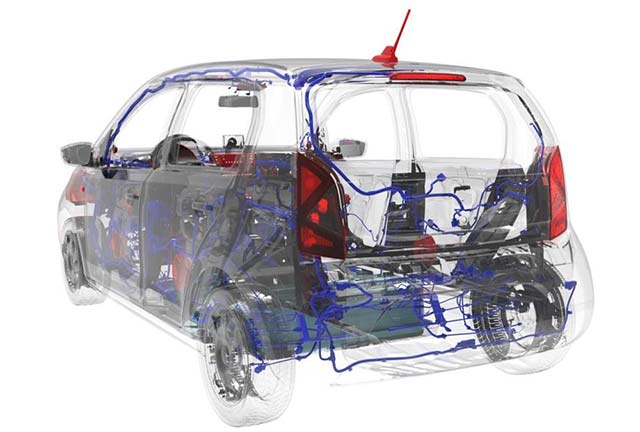 Converting the current
The charger ensures that only direct current reaches the battery, so it transforms the current supplied by the domestic network. If the vehicle is charged with direct current from a fast system, it does not go through this phase and goes directly to the battery.

The heart of the system
The current has now reached its destination, the battery. This is not a single unit, but is divided into modules, and these, in turn, into cells. The advantage of this system is that if one of the modules fails, it can be replaced independently without affecting the rest of the battery components. “In contrast to fuel-burning cars, electric cars consume less in the city and recover energy when braking, which is why the Mii electric has a range of up to 260 km in combined cycle, and up to 360 km when only driven in the city”, explains Santi Castellá, the head of Electromobility at SEAT. 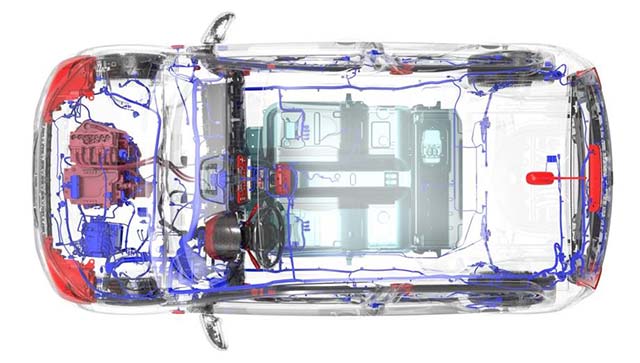 On the go
The electric propulsion e-Motor can now be started. Technically, it converts the three-phase voltage into motive power. Once in operation, the same power is maintained over almost the entire load level range. Unlike vehicles equipped with a combustion engine, electric cars deliver full power from the very first moment. On a practical level, and in the case of the Mii electric, it delivers 61 kW (83 hp) of power and 212 Nm of torque, enabling it to accelerate from 0 to 50 km/h in 3.9 seconds.

The batteries on the Mii electric
Today’s new electric models adapt their design to the shape of the batteries, which occupy the lower part of the car. However, when converted to electric, the Mii did not undergo any changes in its structure or interior space, as batteries are manufactured specifically for this model:

Apr 14, 2020Blagojce Krivevski
Battery or fuel cell, what is the most sustainable mobility strategy?Groupe Renault will focus on electric vehicles and LCVs in China