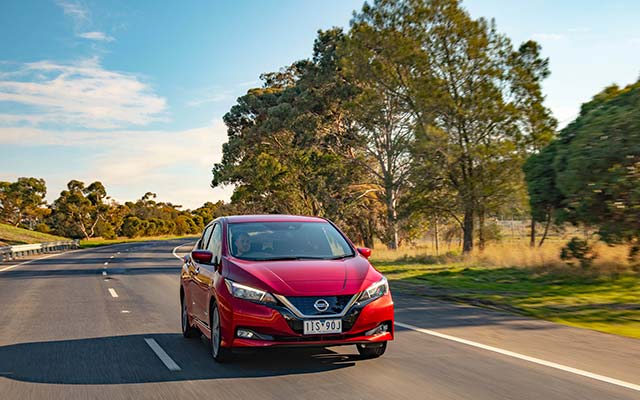 The Nissan LEAF has been named ‘Car of the Year’ in the 2019 Stuff Gadget Awards.

Judged by the team at the world’s biggest gadget magazine and website Stuff.tv, the Stuff Gadget Awards recognise excellence across 20 different product categories. Previous ‘Car of the Year’ winners have included the Jaguar I-Pace and Tesla Model X.

Stuff Magazine’s Editor-in-chief James Day commented; “Cars are big gadgets on wheels and 2019 has been an amazing year for automobiles with ever more connected features and eco-friendliness without forfeiting performance. Nissan’s LEAF has been a trailblazer for electric vehicles ever since its inception, and the latest model comes packed with a number of smart driver aides that guarantee massive grins when getting from A to B… or parking in a multi-storey.”

The Stuff judges were impressed by the extended 239-mile range and increased 217PS of power in the new-for-2019 LEAF e+; along with the model’s smart e-Pedal function and advanced driver-assistance features such as ProPILOT and Around View Monitor. The judges added; “the LEAF is packed with the kind of technology you wouldn’t expect from such an affordable family car.”

James Bird, LEAF product manager at Nissan Motor (GB) Ltd. commented; “We are absolutely thrilled that LEAF has been awarded Stuff Magazine’s “Car of the Year”. There’s never been a better time for drivers to make the switch to an EV, with the many economic and environmental benefits that they bring. It’s rewarding to know with official recognitions such as this, that Nissan is getting it right when it comes to leading the charge for electrification.”

One of the most accessible, and readily available, electric vehicles on the market, the starting price of a LEAF 40kWh is £26,345 for Acenta versions (including the £3,500 Plug-in Car Grant), whilst range-topping Tekna models are from £29,345. Offering even more range and power, LEAF e+ versions with a 62kWh battery start from £35,895, including Plug-in Car Grant.