Electric Transport: What’s Coming and What’s Not in in 2020 (and Beyond) 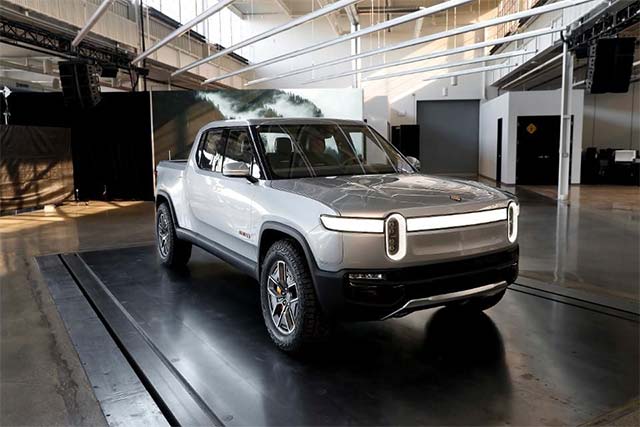 The personal tech we take for granted today would have been unimaginable even to the astronauts, engineers and scientists who achieved the historic Apollo 11 moon landing a half century ago. In fact, the phone in your pocket packs 100,000 times the processing power all of NASA had to work with back in 1969. Think about that—the device you use to watch cat videos and play Goat Simulator is exponentially more powerful than the awe-inspiring technology that altered history and helped humanity reimagine the possible.

So why, when it comes to everyday transport, do we still predominantly rely on an invention that predates Neil Armstrong’s first step by more than 100 years? The internal combustion engine is a relic that’s time has come. Here is what you can expect in electric mobility in 2020 and beyond.

Electric vehicles are (finally) inevitable. Tell me if you’ve heard this one. Those of us in the e-mobility business have been predicting the inevitability of mass EV adoption for so long you’re probably able to hum along. The difference now is that the people who make the cars are singing to the same tune. Today, there are 60 plug-in electric models available in Europe. By 2021 that number will nearly quadruple to 214. In 2020, the much-anticipated Rivian R1T truck and the new Tesla Y hit the road, along with the remarkable 602-horsepower Aston Martin RapidE. Most major automakers, including premium brands such as Audi, BMW and Mercedes are all introducing new all-electric models in the coming year as well. Could it be because the Tesla Model 3 is now the top-selling EV in Germany? Let’s just say manufacturers aren’t upending a decades-old business model for their own amusement.

Drivers begin rethinking fuelling (fast is fine, but steady wins the race). Rapid charge gets outsized attention, but in the real world most people charge their EVs at home or work (around 75% in the UK). It may seem paradoxical, but in reality, it’s the fast chargers that see drivers waiting around. We’re so used to filling up our cars at a petrol station, it’s hard for many people to imagine doing it any other way. But, because our automobiles are only utilised around 4% of the time, waiting 30 minutes or more to juice up a battery at a service station or supermarket makes as much sense as, well, powering our cars with 160-year-old technology. Don’t get me wrong—rapid charge is handy when you’re in a jam, but when it comes to everyday fuelling it may help to think of an EV as a smart device rather than a traditional car. 2020 is the beginning of the end of old ideas.

Workplace EV charging becomes a (more) common employee benefit. Changing fuelling habits mean EV drivers will need access to charging where they live and work. EV charging is quickly moving from the “nice to have” convenience model reserved for early adopters to a necessity for all drivers. Because EV drivers charge overnight at home or during the workday (if they’re lucky enough to work for one of a growing list of foresighted employers), in a tight labour market companies offering the most useful benefits will attract, engage and retain the best talent. Rather than offering inexpensive-yet-annoying perks like foosball tables or dubiously effective wellness schemes, many businesses are installing workplace charging to great effect. Not all employers will offer EV charging as a benefit in 2020 but, according to one recent CEO study, it will be top of mind for many of them. Generous Government incentives can make it surprisingly affordable as well.

Autonomous vehicles remain on the horizon. Fully autonomous cars are sexy/neat in a James Bond meets Fifth Element way, which is why they receive so much hype. But don’t expect to pull up next to a driver eating breakfast and answering your work emails any time soon. In 2020, there will be a lot of announcements and a few launches, but scant actual autonomous vehicles. They’re coming, but you’ll have to wait at least five years to put a down payment on yours.

Wireless charging is a non-starter, for now. It seems every other day we’re regaled with the siren song of wireless EV charging. All that chatter belies the reality on the ground (or, if you prefer, underground). In addition to the prohibitively expensive infrastructure and non-standardized tech necessary to make it function properly, there are far too many real-world variables to overcome to reach mass adoption in 2020. Inclement weather, too-frequent maintenance and fiddly parking parameters make this one a non-starter for most vehicles. There will be some use cases in the future where it makes sense, but most people will choose the satisfying click of a plug inserted into a charge port over an unpredictable power curve.

From the rise and fall of the Baker Electric Motor Vehicle Company at the turn of the 20th century to the inglorious demise of GM’s EV1 at its close, the story of electric vehicles has had more plot twists than Apollo 13. Today, with a looming climate crisis and pollution choking our cities, EVs are finally—triumphantly—ready for lift off.  The small step that began with the first mass-produced plug-in EV a mere decade ago is fast becoming a giant leap in the evolution of transportation. Living in a time of such consequential progress is almost enough to make one look up from their device and toward the sky once again.