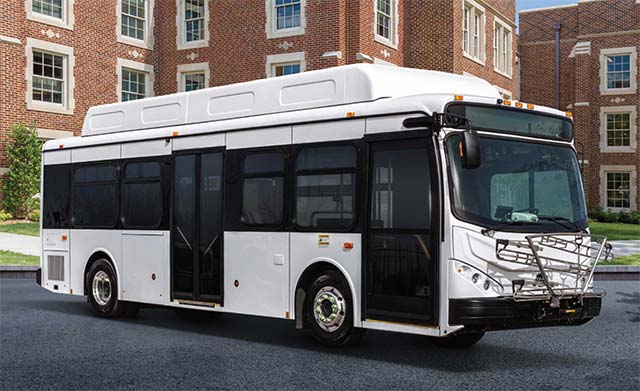 BYD announced Wednesday at the California Transit Association’s Annual Fall Conference in Monterey that the Los Angeles Department of Transportation ordered 130 of its battery-electric K7M buses, the largest single order of battery-electric buses to date in the United States.

The order is a major milestone for BYD as it continues its green dream to bring innovation and cutting-edge zero-emission technologies to forward-thinking communities and private enterprises. LADOT purchase is a signal to the market that zero-emission buses are here to stay and that their use will continue to spread.

The 30-foot K7M has 22 seats, a range of up to 150 miles, and can be charged in 2.5 to 3 hours. The K7M is one of BYD’s top products. It has no air emissions and runs quietly, improving quality of life wherever it operates. With lower fuel and maintenance costs, the K7M has lower total cost of ownership than diesel or CNG.

BYD offers a 12-year warranty on its batteries, the longest in the industry.

LADOT has been working with BYD since 2014 when it conducted a 90-day trial of a battery-electric bus. In January 2017, city officials introduced the first of four K9S battery-electric buses acquired by the LADOT with a grant from the California Energy Commission.

LADOT is one of more than a dozen customers who have shown their confidence in BYD’s product performance and service to make additional orders. Earlier this year, Anaheim Resort Transportation added to its initial purchase by ordering 40 more buses from BYD. With this purchase, BYD has now sold more than 460 electric buses to customers in Southern California including airports, universities, private operators and transit agencies.