The electric drive in the Volkswagen ID.3 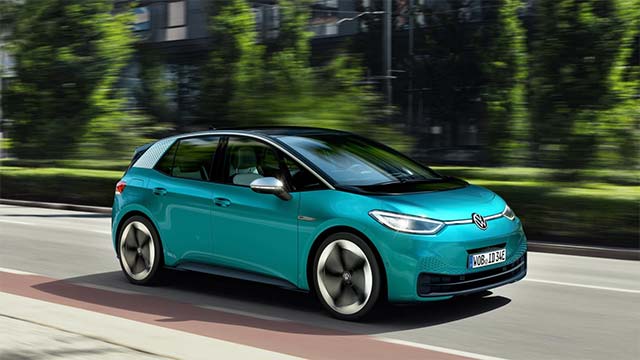 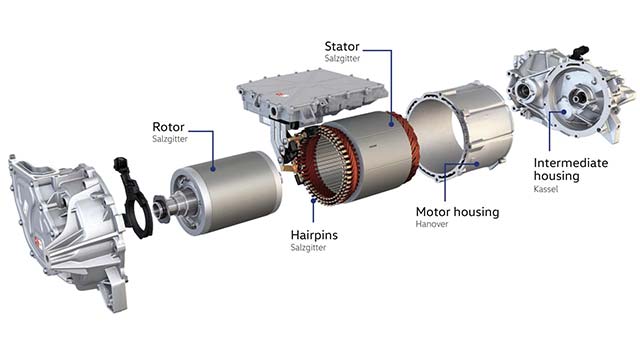 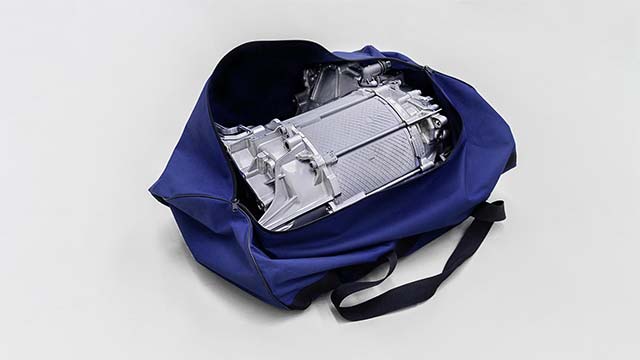 It’s not only less complex than a conventional petrol or diesel engine, but also compact enough to fit in a sports bag. But how does the electric drive, produced at the component site in Kassel, actually work?

Components of an electric drive
Inside every electric motor is a stationary stator with a rotor spinning inside it. The stator is made of copper wire coils. When an electric current flows through these coils, a rotating magnetic field is created in the stator which causes the rotor to spin. The rotational movement is based on a simple physical principle: opposite poles in a magnet attract each other, whereas like poles repel.

Hairpin technology and consistent lightweight construction
Volkswagen’s new ID.3 is fitted with an APP 310 electric drive. This drive is a permanent magnet brushless machine. The designation “APP” derives from the arrangement of the drive and the gearbox in parallel with the axle, whilst the numerical sequence that follows derives from the maximum torque of 310 Nm. The main components for this drive are produced using a combination of specialisation and Group manufacturing at various Volkswagen Group Components production sites.

The rotor and stator are produced at the component plant in Salzgitter. New hairpin technology has enabled the use of an innovative production process for the assembly of the stator, whereby the spaces within the laminated core of the stator are optimally filled with flat preformed copper coils. This increases the torque density and the efficiency of the electric drive in comparison to that of a drive with wound copper wire coils.

Maximum torque is achieved even at a low engine speed, which means that a 1-speed gearbox is sufficient for the entire rotational speed range. Both the electric drive and the 1-speed gearbox are produced at the component plant in Kassel. The whole drive unit, together with the 1-speed gearbox, is compact enough to fit in a sports bag. The drive weighs only around 90 kg and can generate a peak output of up to 150 kW (204 PS) in the ID.3.

Electric drives from Kassel for markets in Europe and North America
In the future, the electric drives for MEB vehicles for Europe and North America will be produced in Kassel. Production of up to 500,000 units per year has been planned. Kassel also works closely with the Chinese plant in Tianjin, where the electric drive is produced in parallel for the Chinese market. Together, the two plants will produce up to 1.4 million electric drives each year from 2023 onwards. This means that Volkswagen Group Components will be one of the largest global manufacturers of electric vehicle drives in the future.