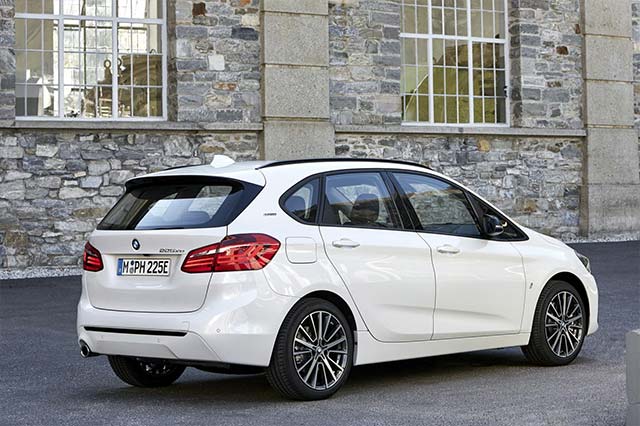 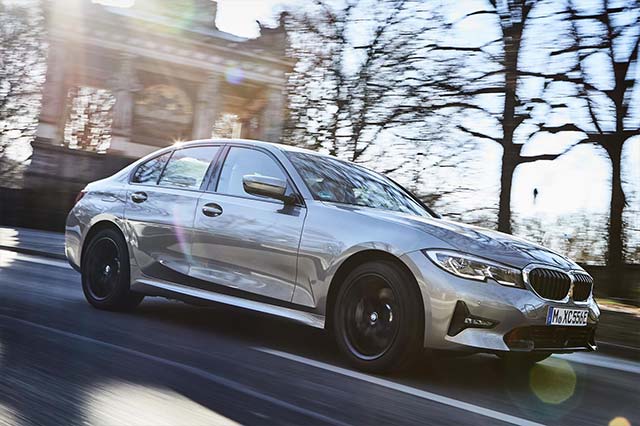 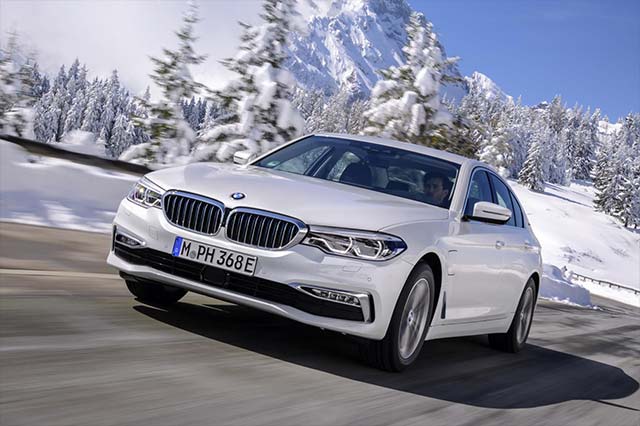 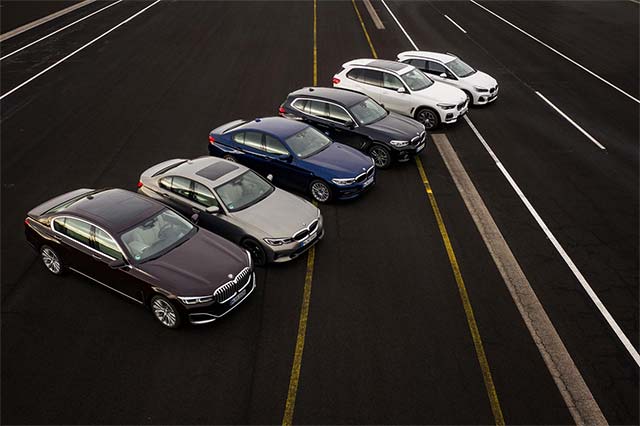 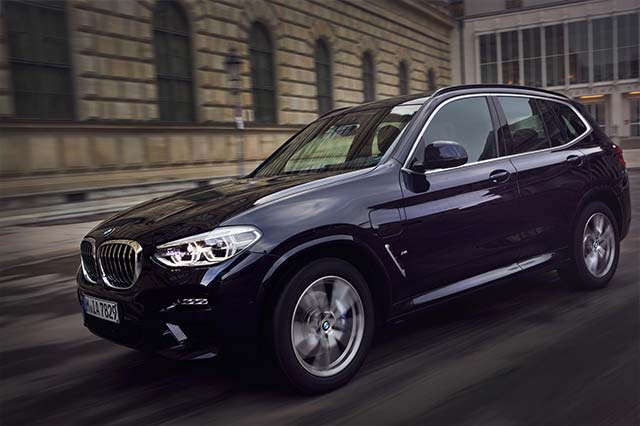 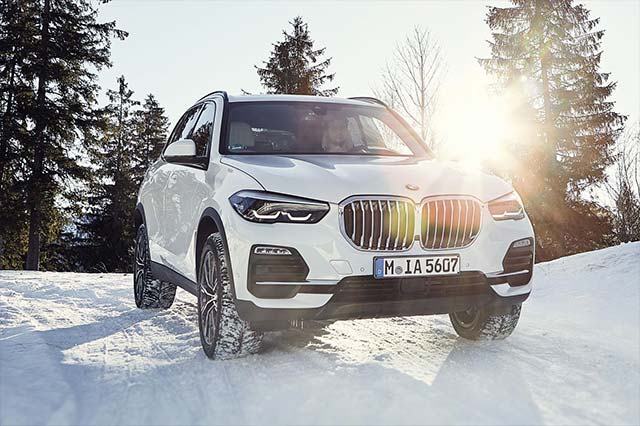 BMW is leading the way as a premium provider of electrically powered and plug-in hybrid vehicles, having launched numerous updated plug-in hybrid models including the all-new X3 xDrive30e this year, with X1 xDrive25e joining the portfolio early next year.

With a 16 per cent market share last year in Europe, BMW Group is committed to electrified technology thanks to recent advances in battery cell technology for BMW plug-in hybrid models that are extending the capabilities of locally emissions-free driving – both in the city and beyond.

BMW X3 xDrive30e
The latest electrified model to go on sale this year is the X3 xDrive30e plug-in hybrid, which offers the highest standards of driving dynamics and efficiency within the Sports Activity Vehicle (SAV) premium segment.

Its plug-in hybrid drivetrain comprises a 2.0-litre four-cylinder petrol engine with BMW TwinPower Turbo Technology combined with an electric motor resulting in a total output of 252hp. As standard, the BMW X3 xDrive30e is equipped with XtraBoost, an on-demand performance system that increases the power output of the hybrid-drive system by 41hp at the touch of a button.

The new BMW X3 xDrive30e also features regenerative braking to optimise efficiency. The system’s high-voltage battery stores the energy captured during braking, with the electric motor taking on the function of a generator. The high-voltage battery also supplies the vehicle’s electrical system. This means that a generator powered by the combustion engine is no longer necessary, increasing overall efficiency.

Drive is transmitted – both in hybrid and electric modes – via an eight-speed Steptronic gearbox and xDrive intelligent all-wheel drive to enable the BMW X3 xDrive30e to accelerate from zero to 62mph in just 6.1 seconds.

The X3 xDrive30e’s lithium-ion battery is located under the rear seat to save space, helping to deliver a luggage capacity of 450 litres. The X3 xDrive30e is offered in the same model configurations as other X3 variants – SE, xLine and the range-topping M Sport trims – all boasting a high level of standard features as well as a range of additional equipment options.

Production of the new BMW X3 xDrive30e will commence in December 2019 and it will be joined by an ell-electric X3 model, due to make its debut in 2020.

The all-new BMW 330e Saloon
Launched in July 2019, the BMW 330e Saloon delivers up to 50 per cent increase in electric-only range and a reduction in CO2 emissions of more than 10 per cent.

A major new feature of the new 330e is the standard-fit XtraBoost, technology (also seen on the X3 xDrive 30e) increasing the 252hp by a further 41hp at the touch of a button.

As well as the extra power, the updated plug-in hybrid can cover a distance of up to 37 miles using electric power alone, while average combined fuel consumption is now up to 201.8mpg with combined CO2 emissions of just 37g/km.

In order to save space, the BMW 330e’s electric motor is integrated into the eight-speed Steptronic transmission. This means the hybrid-specific transmission is only 15mm longer than the corresponding versions for conventionally powered BMW 3 Series saloons.

The BMW 330e also offers a model-specific sound design which delivers a suitably throaty engine noise when the car is put through its paces. The aim is to offer the emotional impact of sports-car performance together with the proven qualities of a plug-in hybrid model. The hybrid-specific optional equipment list also includes an acoustic pedestrian protection function so that those about to cross the road can hear the car approaching when it is in electric-only mode at low speeds.

The 12.0kWh lithium-ion high-voltage battery in the new BMW 330e Saloon is positioned underneath the rear seats, while the fuel tank is located above the rear axle to ensure optimal luggage capacity. The total storage volume is 375 litres but can be increased by folding down the rear-seat backrests, which are configured in a 40:20:40 split (standard on all models apart from 330e SE where optionally available).

Almost the entire range of optional equipment features for the new BMW 3 Series Saloon are also available for the plug-in hybrid models. The new 330e comes in four different models: 330e SE Pro, 330e Sport Pro, 330e M Sport and 330e M Sport Plus Edition. The simplified options and packages structure that has been seen across all 3 Series models has also been carried over to the plug-in hybrid versions.

The full range of BMW driver assistance systems to optimise comfort and safety are also available, ranging from the Park Assistant including reverse assistant (standard on all 330e models) to the optional Driving Assistant Professional with steering and lane guidance system. Pre-heating and pre-conditioning of the interior, which uses the energy of the high-voltage battery to power the auxiliary heating, is standard on all models. At low outdoor temperatures, the interior can be heated prior to setting off even if the battery charge status is low.

New digital services will also be on offer to make it more attractive and convenient to charge the battery while out and about. When selecting a public charging station, the navigation system also provides the driver with a list of recommended nearby hotels, restaurants, cafés, tourist attractions and cultural institutions. The driver receives this information together with a forecast of the occupancy status of the public charging station at the time of arrival.

The all-new BMW X5 xDrive45e
The second generation of the BMW X5 with electrified drive combines a model-specific in-line six-cylinder petrol engine featuring BMW TwinPower Turbo Technology with the very latest BMW eDrive technology. Development of plug-hybrid drive has increased power and the electrically powered range along with a significant reduction in fuel consumption and CO2 levels when compared to the predecessor model.

The electrically powered range of the new BMW X5 xDrive45e is 54 miles – more than three times as far as the predecessor model. Meanwhile the combined fuel consumption and CO2 emissions have been almost halved. The fuel consumption figures are now 235.4-188.3mpg with the relevant CO2 emissions being reduced to 39g/km.

These greatly improved figures are the result of a completely newly developed drivetrain comprising a 3.0-litre, 286hp in-line six-cylinder engine from the current BMW EfficientDynamics drive family and fourth-generation BMW eDrive technology. A 113hp electric motor, a lithium-ion battery with a gross energy content increased to 24.0kWh and further developed power electronics for intelligent energy management combine to generate a peak power output of 394hp with a maximum torque of 600Nm.

The combustion engine and electric motor deliver their power to a latest generation eight-speed Steptronic transmission and the intelligent all-wheel-drive BMW xDrive system. This means the drive torque is transferred to all four wheels whether driving on electric power alone, using the combustion engine or indeed both drive units. The new BMW X5 xDrive45e takes 5.6 seconds for the sprint from zero to 62mph – 1.2 seconds less than the predecessor model. Top speed is 146mph.

Thanks to the high-voltage battery positioned in the underbody area of the vehicle, the centre of gravity is lower than in conventionally powered model variants. The luggage compartment volume is 500 litres – only 50 litres less than a conventionally powered BMW X5. If the rear backrests are folded down luggage volume extends to 1,720 litres. The fuel tank capacity is 69 litres.

The new BMW X5 xDrive45e is fitted as standard with a two-axle air suspension and electronically controlled dampers. The optional suspension systems available for the plug-in hybrid model include integral active steering. In addition to a comprehensive selection of intelligent connectivity features, new digital services geared specifically towards electro-mobility are offered. In addition, all the BMW driver assistance systems in the X5 range are available on this model, as well as high-quality options to enhance comfort. Standard equipment includes acoustic pedestrian protection – a system that emits noise at low speeds so that those about to cross the road can hear the vehicle coming.

BMW 530e Saloon and BMW 225xe Active Tourer with further developed lithium-ion batteries and increased electrically powered range
Progress in the development of battery-cell technology has also led to an extension of the options for locally emissions-free driving in the plug-in hybrid models of the BMW 5 Series and BMW 2 Series. Although its dimensions remain unchanged, the new lithium-ion battery for the plug-in hybrid model of the BMW 5 Series Saloon now has a gross energy content that has been increased from 9.2 to 12.0kWh. This means its electrically powered range is increased by more than 30 per cent to 35 miles.

The BMW 530e Saloon now achieves a combined fuel consumption of 156.9-141.2mpg and CO2 emissions of 36g/km. As an additional model variant, the all-wheel-drive BMW 530e xDrive Saloon is also on offer in the UK. The latter achieves an electrically powered range of up to 30 miles. Its combined fuel consumption is 141.2-122.8mpg, while CO2 emissions are at least 49g/km.

In the BMW 225xe Active Tourer, state-of-the-art battery cell technology paves the way to further reduced consumption figures as well as an increase in the electrically powered range of more than 25 per cent to up to 31 miles. Retaining the same dimensions as before, its lithium-ion battery now has a gross energy content that has been increased from 7.7kWh to 10kWh.

The combined fuel consumption of the BMW 225xe Active Tourer is from 166.2-141.2mpg, while its CO2 emissions level is at least 42g/km. Its standard and optional fittings include numerous modern driver assistance systems as well as innovations in the field of intelligent connectivity and digital services to make it easy, for example, to find charging posts.