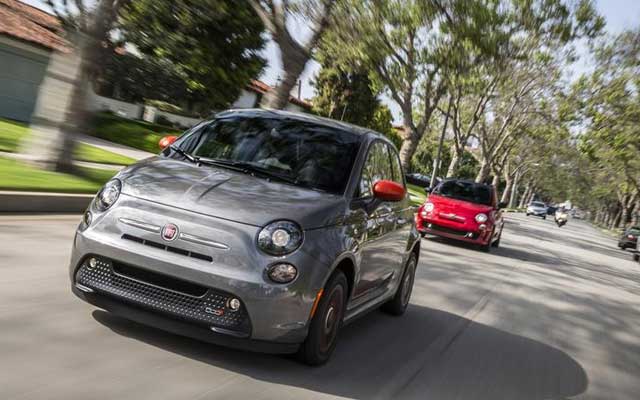 FCA announced it will build a new battery assembly complex in Turin as part of its overall e-mobility strategy. The new “Battery Hub” will be located in the Mirafiori complex and preparations will begin in early 2020.

This strategy has been at the center of several major agreements in the field of electrification that have been signed in recent months.

“The automotive industry is undergoing a period of profound change and one of the major trends is closely linked to electrification,” said Pietro Gorlier, COO for FCA’s EMEA Region. “With its new car battery assembly center at Mirafiori, FCA accelerates its drive to electrify, adding now another element to the ‘ecosystem’ that starts from supply chain and ends with customer support. A journey passing through the recent partnerships on recharging infrastructure, Vehicle–to-Grid and services to support customers of hybrid and full electric cars, from Italy to the rest of the world.”

A complete battery assembly center will be created in a specially designed building, with the potential to be expanded for future projects. The most advanced technology will be used with modular and flexible processes, including the use of collaborative robots working hand-in-hand with operators.

The new “Battery Hub” will also have space for training courses as well as prototyping and experimentation during the pilot process. This initiative will allow FCA to respond quickly to the continually evolving electrification sector. The new “Battery Hub” will also have an advanced technology center dedicated to quality control and testing of components provided by industry-leading suppliers. After assembly, state-of-the-art electronically-controlled systems will be used to test the efficiency of the batteries. Comau will be a partner of the initiative thanks to its expertise in the assembly process.

The initial investment in place will be approximately €50 million.

Today’s announcement comes a few months after FCA said it would build a new electric-powered Fiat 500 at the Mirafiori plant starting in the second quarter of 2020. Around 1,200 people will be dedicated to the production of this vehicle with initial production of 80,000 units per year, and the potential to increase production in the future. A few weeks ago, FCA also announced that the new GranTurismo and GranCabrio would be the first Maserati models to run 100% on electricity and they would both be manufactured at the Turin-based production hub.

Today at the Turin complex, which includes both the Mirafiori and Grugliasco sites, around 20,000 people are employed in production and connected activities such as engineering and design, sales, financial services and spare parts, making it the largest FCA complex in the world.