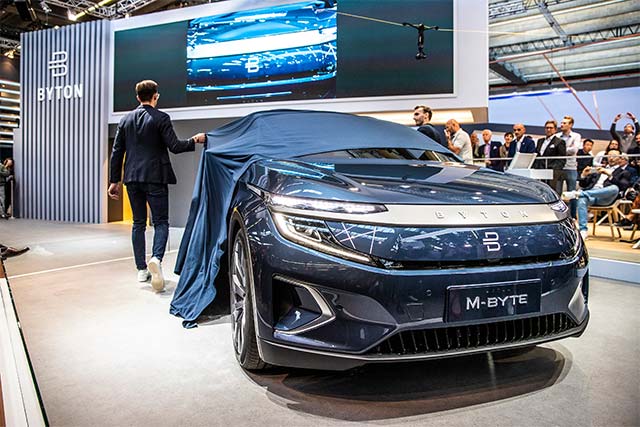 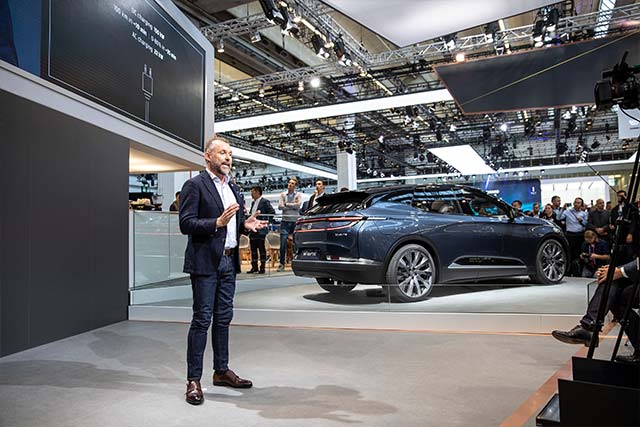 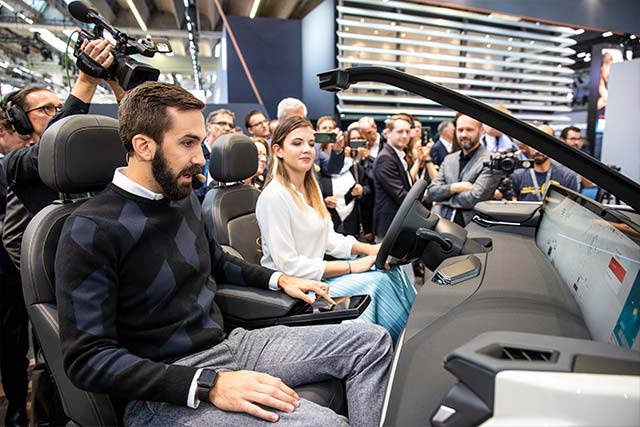 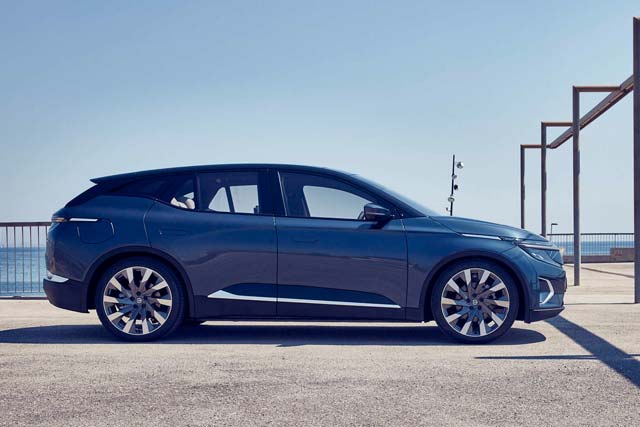 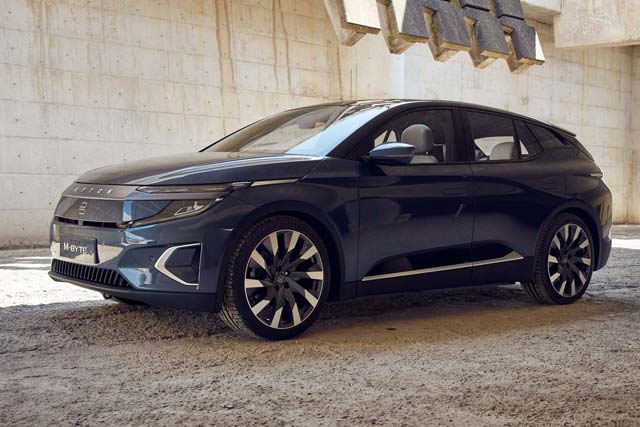 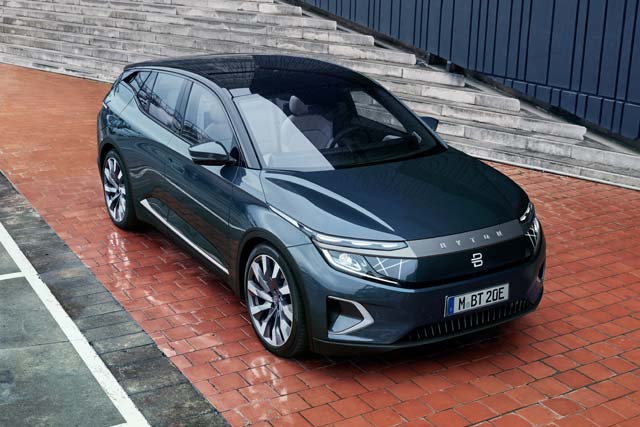 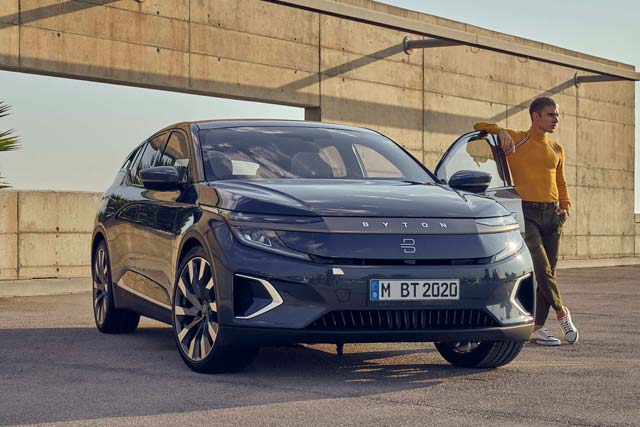 With the innovative BYTON M-Byte cockpit, centered around the 48-inch-wide curved Display – BYTON fulfills its promise of implementing a user-centric operating philosophy.

“As one of the most important motor shows in the world, the IAA is a yardstick for us. We are on the verge of starting series production and the feedback from media and especially from our future customers, is of great relevance to us. Today’s unveiling of the BYTON M-Byte also shows the effort paying off for the team, which has worked relentlessly on the car for over two years. Within that short amount of time, together we have taken a smart electric car from an initial idea on a white sheet of paper to series production readiness, while also building a coherent infrastructure with locations on three continents and an efficient Industry 4.0 production facility in China. We can rightfully be proud of this,” says Dr. Daniel Kirchert, BYTON’s Chief Executive Officer and Founder.

BYTON has developed the core strategy of “rooted in China with global reach.” The company aims to create an all-new premium and intelligent EV brand by integrating global resources. With headquarters in Nanjing, China, and R&D centres around the world, BYTON expects to deliver the first BYTON M-Byte´s to Chinese customers in the middle of 2020 after Start of Production.

The company BYTON is about to close its C-round fundraising, which will secure an estimated $500 million for the company. Investors include FAW Group and the Nanjing municipal government. As part of this, FAW Group recently signed an investment agreement with BYTON to participate in the C-round.

BYTON strives to achieve the highest quality for its products, and for this reason the company has built its own manufacturing plant and conducts independent research and development for all products. Located in the Nanjing Economic and Technological Development Zone in Jiangsu Province, BYTON´s intelligent manufacturing base covers an area of 800,000m², with a total investment of over 1.5 billion USD and a planned capacity of 300,000 units.

The plant is built to industry 4.0 standards, using cutting-edge manufacturing equipment and technology, as well as an innovative intelligent management system:

The BYTON M-Byte combines digitalization, innovation and craftsmanship to provide enjoyable time on the move.

The front of the BYTON M-Byte was designed to visualize a new definition of power – prioritizing data power over horsepower. The falling feature line along the vehicle´s flanks and the long wheelbase reflect interior roominess and add to a strong exterior stance.

Aerodynamics are key for an EV to ensure maximum efficiency. With a low roofline, sleek silhouette and a very competitive drag coefficient, the exterior design is an aerodynamically optimized body. The floating Cpillar is a distinctive element, which also has aerodynamic functions to channel air flow around the greenhouse. Door handles that lay flush and a fully enclosed front fascia add to aero efficiency.

One of BYTON´s key design elements is the socalled BYTON Front Blade between the upper jewel-like daytime running lights with the BYTON letters, which will also distinguish future models in the BYTON family. At the rear, the taillights are equipped with slim edge LED technology.

The BYTON Smart Surface at the front and the rear are a futureoriented element that transform the vehicle´s body into an exterior user interface. When autonomous driving becomes reality, these additional lighting elements will communicate toward the outside world. In the meantime, the BYTON Smart Surfaces greet the user and display the charging status in charging scenarios.

The interior design of the BYTON M-Byte is characterize by its superior space and is achieved through elements like the panoramic effect of the instrument panel or the door panel continuity over the B-pillar – just like a new living space.

BYTON´s design philosophy is to embrace digital content and technology, enabling users to interact in different ways such as sensors for gesture, touch or voice control. The center of BYTON MByte´s interior design is the 48-inch curved Display, which is integrated into the dashboard and enables the passengers to enjoy multiple digital services.

The clean design of the instrument panel and wraparound design elements integrate functions in a stylish yet discrete way and provide a feeling of protection and care for passengers. A digital lounge feeling permeates the cabin through a flat floor and floating dashboard, which fosters relaxation and communication. HVAC and other traditional components do not protrude into this “living room.” The front seats rotate inwards, facilitating conversation and allowing better visibility of the Display for rear passengers. An optional dedicated fourseat configuration with rear captain chairs offers extended second-row comfort and convenience.

The BYTON MByte´s color and trim options enhance the living-room feel for every taste: various trim-levels and distinguished details allow personalization and create a balance between digital content and natural materials.

The BYTON M-Byte is the next-generation smart device designed for the age of shared mobility and assisted driving – an intelligent, connected car.

The 48inch-wide curved Display offers three areas for content. Users can interact with the Display via both a 7-inch Driver Tablet and an 8-inch Co-Driver Tablet. The 7inch Driver Tablet for key driver information and controls, which was pioneered by BYTON, will be at the center of the steering wheel just above the full-size driver airbag. It serves as one of the main interfaces for the driver to personalize the vehicle and interact with the Display.

The 8inch Co-Driver Tablet can be found between the driver and the front passenger seats, enabling the front passenger to control the Display and enjoy an interactive experience. Multiple interaction modes with the vehicle will be offered including touch gesture, voice and air gesture control, driver’s face recognition, as well as physical buttons.

The BYTON M-Byte is ready for assisted driving and shared mobility and built with world-class safety and quality.

The antishatter coating of the BYTON Display minimizes the risk to passengers in a collision. The driver airbag is located just below the Driver Tablet in the center of the steering wheel. In order to ensure that the driver’s view is not obstructed, the Display is located under the front hood extension cord, so that driver can see the screen content without looking away.

The BYTON M-Byte will comply with the local charging and plug standards according to region and feature GBT / CCS1 or CCS2 charging interface.

According to regional market conditions, fast DC charging is up to 150kW and AC charging between 3.7kW and 22kW. DC charging time on a 150kW charger will be approx. 35 minutes (up to 80%).

The BYTON M-Byte has currently over 50,000 reservations worldwide.BYTON will open the possibility of pre-ordering the BYTON M-Byte in the first half of 2020.

The BYTON M-Byte pre-order will require a down payment in order to hold an early position in the production queue, which will result in an early delivery, according to market entries rollout plan.

The BYTON M-Byte will go on sales in China in the first half of 2020. BYTON plans to start production of M-Byte for the Chinese market in the middle of 2020. BYTON expects to start taking pre-orders in Europe and North America in 2020 followed by market entry in each in 2021.