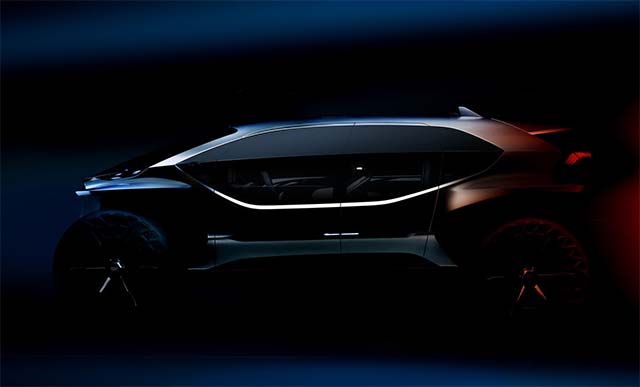 At this year’s Frankfurt Motor Show, Audi will show the AI:TRAIL Quattro concept study for an electrically driven off-roader of the future.

The AI:TRAIL Quattro is the fourth in a series of concepts unveiled by Audi, after the AICON and Elaine (which were both unveiled at the Frankfurt Motor Show 2017), and the AI:ME.

There are no specifics that the company provides about the AI: TRAIL but from what we can see of the teaser, but the company clearly distinguishes this car as an electric off-roader.

What we know is that the AI:TRAIL Quattro will feature an all-electric drivetrain, all-wheel drive with and autonomous driving capability.

With this premiere, Audi is completing a quartet of visionary automobiles. All four studies can be seen at IAA 2019 at the Audi stand in Hall 3.