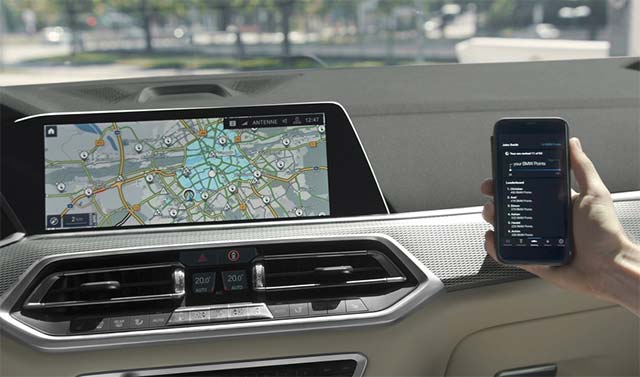 With the introduction of the fourth generation of BMW plug-in hybrid models, novel features are soon to be launched which will help maximize the distance covered using electric power. In this way, the BMW Group is clustering its expertise in the areas of eDrive technology and digitalisation in order to promote emissions-free and low-noise driving in cities.

Presented for the first time at #NEXTGen, the BMW Group’s new communication format, the latest innovations enable drivers of BMW plug-in hybrid models to contribute actively to improving the quality of living in urban environments.

Users also benefit from attractive premiums and can compete with other users for fun.

With the current shift in thinking to make cities suitable for human beings rather than cars, more and more cities are considering imposing access limitations on vehicles powered by combustion engines. In view of this, the BMW Group is consistently advancing its operating strategy for plug-in hybrid models. If cities establish environmental zones for emissions-free driving only, these can be automatically detected in future by means of geo-fencing technology. On entering the zone, the vehicle then automatically switches to purely electric mode. This means that optimum use of the potential offered by plug-in hybrid vehicles is guaranteed – without the driver having to take any special action.

This novel operating strategy constitutes a significant additional boost in terms of the potential of plug-in hybrid vehicles to reduce emissions. The increase in the distance covered electrically not only helps optimise efficiency, it also reduces operating costs for the customer. This applies particularly to city traffic, where electric power consistently achieves a higher level of efficiency than a petrol or diesel engine.

The function BMW eDrive Zones will be a standard feature in BMW plug-in hybrid vehicles as of 2020.

As a supplement to the BMW eDrive Zone function, the BMW Group is further stimulating an increase in electric driving among its plug-in hybrid customers by means of a novel digital service called BMW Points. The BMW Points app offers a fun source of motivation for PHEV customers to get the most out of their electric drive. Kilometres covered using electric power are rewarded with points. High-voltage battery charging is also rewarded under the BMW Points scheme. In this way, drivers are encouraged to give preference to electric drive as often as possible – not just based on environmental awareness but also out of a sense of competitiveness. By collecting a sufficient number of points, participants can gain access to attractive rewards such as free charging volumes on Charge Now; in the medium term, this will also include products of the Share Now and Park Now brands as well as those available in the Connected Drive Store.

The digital service BMW Points will be available for BMW plug-in hybrid vehicles with eDrive Zone technology via the BMW Connected Drive Store from 2020.

The first real-life trial after the brainstorming phase for the new BMW eDrive Zones function and the digital service BMW Points was the pilot project “Electric City Drive” conducted by the BMW Group in collaboration with the city of Rotterdam and Erasmus University, which is located there.

Studies were carried out there in 2018 to examine whether it might be possible to encourage electric driving of plug-in hybrid vehicles by defining an inner city zone and offering an app that encourages regular charging in a fun way. The aim was to get users to make more frequent use of the electromobility potential offered by their vehicle.

Some 50 volunteer plug-in hybrid drivers from the Rotterdam area were provided with a specially developed app for this purpose. Once they had installed it on their smartphone and paired it with their vehicle, they received a message on their vehicle screen whenever they entered the defined eDrive Zone in the city centre of Rotterdam – along with a request to switch the drive system of their plug-in hybrid into fully electric mode. Over a period of three months, research was carried out to establish the extent to which project participants increased their volume of electrically powered driving as a result of receiving such messages.

A beta version of the BMW Points App also enabled them to monitor their progress as compared to other participants, take part in competitions and collect points. The key insight was that PHEV drivers covered 90 percent of all routes inside the Rotterdam eDrive Zone running on electric power alone when they had the app connected to the vehicle. It was the technology used in the pilot project that inspired the further development of BMW eDrive Zone and BMW Points. The two innovations are now soon to be introduced to BMW serial production vehicles.

BMW plug-in hybrid vehicles have long offered considerable benefits as compared to those with traditional drive:

– Savings: electrically powered driving in the city costs less than running a car on petrol or diesel if the vehicle is charged at home or at work.

– Always the right temperature when you get in: auxiliary heating and air conditioning come as standard.

– Braking is a benefit: the battery is charged when the brakes are applied. In conventional cars, it simply generates heat and wears down the brakes.

– Future-proof: since plug-in hybrids are able to run emissions-free, they can enable access to many environmental zones, parking privileges and savings on toll fees.

Jun 27, 2019Blagojce Krivevski
Lightyear One is a solar-powered EV with 725 km of range [videos]Volkswagen WeShare launched in Berlin as full-electric service