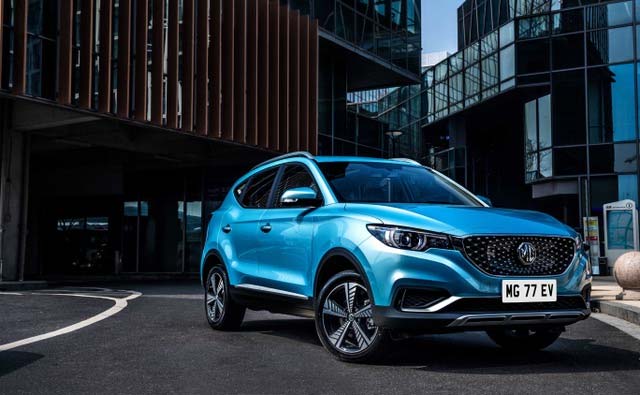 MG Motor UK has opened the order bank and released further details about its first-ever fully electric car, the MG ZS EV, that has been unveiled at the London Motor Show at London’s ExCel.

The ZS EV is powered by a 44.5kWh water-cooled battery with rapid-charging capability that will enable it to be recharged from 0-80% in 43 minutes, while domestic charging on a 7kW unit takes six-and-a-half hours from 0-100%. Certified range on current WLTP test regulations is expected to be confirmed in Q3.

As the most technologically advanced MG ever, ZS EV is equipped as standard with a new panoramic, sliding sky-roof to further enhance the sense of space within the cabin. Furthermore, Apple CarPlay and Android Auto allow for seamless integration with owners’ own technology, while DAB Radio, keyless entry and satellite navigation enhance the level of technology found within this family friendly electric SUV.

Since it was first announced in March, MG has received more than 800 expressions of interest for its forthcoming new model, which is the most for any pre-launched model in the company’s history.

Daniel Gregorious, Head of Sales & Marketing at MG Motor UK, says: “The arrival of the MG ZS EV represents the start of MG’s long-term brand and product expansion plan and we’re delighted to be able to share it with the British public for the first time. ZS EV adds a new dimension to the car market by offering high-tech zero-emissions transport to a broader cross-section of buyers.

“The initial interest in ZS EV is extremely encouraging and confirms that car buyers are looking for a practical, versatile and stylish electric vehicle. It will also be the most high-tech MG yet. We’ve now opened the orderbank exclusively for visitors to the London Motor Show. Interested buyers can place a holding deposit on the stand to reserve their place on the waiting list. As visitors will see, this new MG bears all the key hallmarks customers know and love about ZS in terms of flexibility, space and generous standard specification, but it just so happens to be a fully electric SUV.”

ZS EV will come with the brand’s 7-year/80,000-mile Warranty. Pricing and full specification will be confirmed closer to the on-sale date of 1st September.