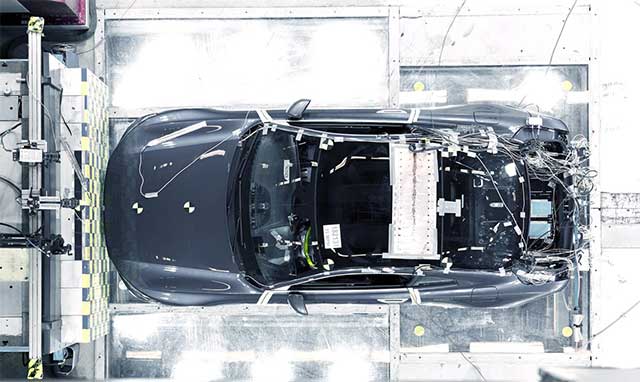 Polestar has undertaken the first of a series of crash tests as part of the development of the Polestar 1. This represents the first time the Volvo Car Group has assessed the strength of a carbon fibre reinforced polymer body in a real crash situation.

“We were really excited about this crash test. The first crash test of Polestar 1 has been about exploring the unknown,” says Thomas Ingenlath, Chief Executive Officer at Polestar. “This was a crucial proof point in the development of Polestar 1; we had to know that the ideas and calculations that have gone into building this car were right – and they were.”

In contrast to a steel body where bending helps the integrated crumple zones to reduce the amount of crash energy that reaches the vehicle’s occupants, carbon fibre dissipates energy by cracking and shattering.

Close attention was given to the way the carbon fibre body reacted to the extreme forces involved in the impact. The engineers also focused on how the underlying steel body structure, and carbon fibre ‘dragonfly’ which strengthens it, managed the forces. 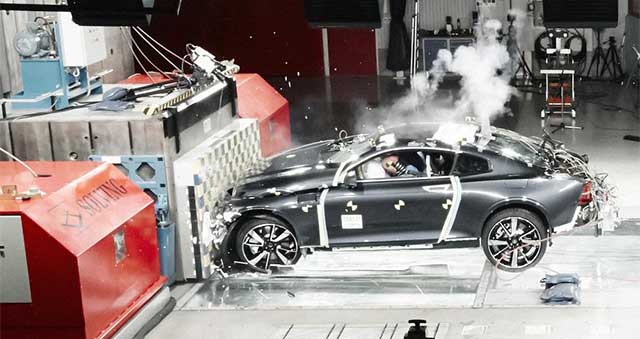 The Polestar 1 verification prototype, part of the first Polestar 1 build series, was propelled into a stationary barrier at 56 km/h (35 mph), simulating a frontal collision.

Most of the energy was absorbed by the car’s crash structure, with the remaining energy mitigated by the carbon fibre body panels into the body structure which remained rigid and did not show signs of bending or misalignment after the crash.

Zef van der Putten, responsible for carbon fibre at Polestar, comments: “The outcome of this first crash test validates the decision to build the body of Polestar 1 in carbon fibre. It also confirms that carbon fibre supports the highest safety standards. This is an example of how Polestar spearheads the development of new technology in the Volvo Car Group.”

The crash test was conducted at the Volvo Cars Safety Centre in Gothenburg, Sweden, where cars and other vehicles are crash-tested in a large number of real world simulations.