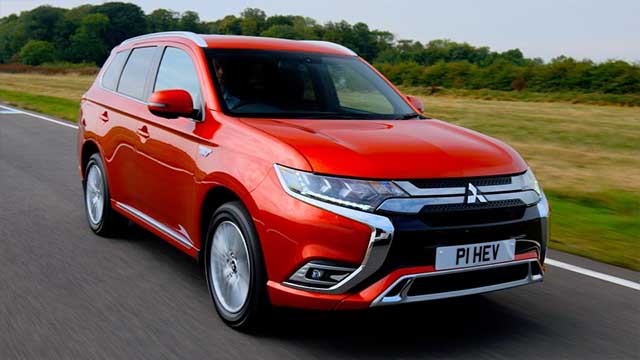 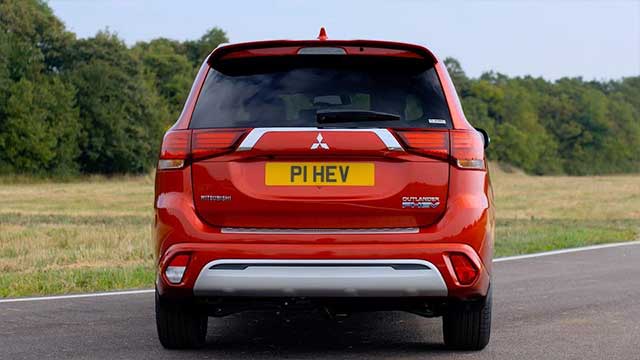 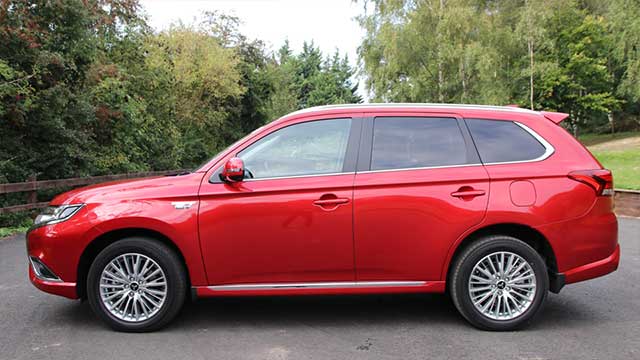 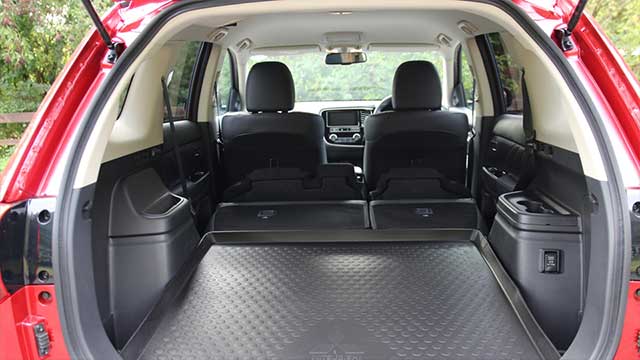 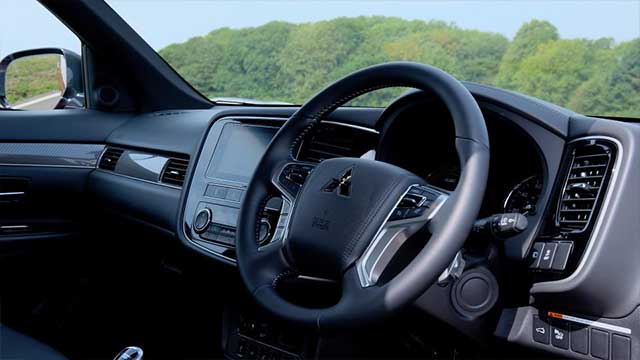 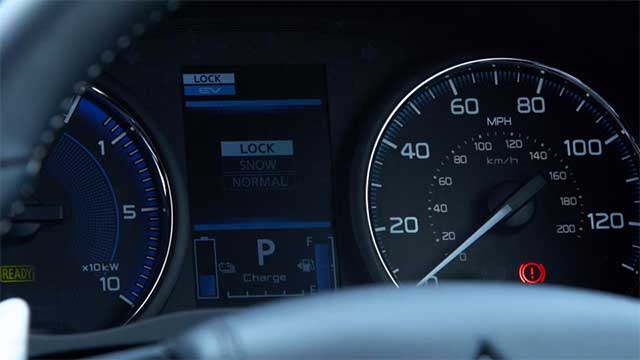 First launched in the UK in 2014, the Outlander PHEV made an immediate impact in the UK – the previous year fewer than 1,000 plug-in hybrids were sold in the UK but by the end of 2014 Mitsubishi had sold more than 10,000 Outlander PHEVs, driven by the public’s desire to drive greener vehicles combined with the increasing appetite for SUV and 4X4 vehicles.

By November 2015 the Mitsubishi Outlander PHEV had passed 50,000 sales across Europe and by January 2018 it passed the 100,000 milestone. In fact, despite a growing number of competitors it remained Europe’s best selling plug-in hybrid vehicle three years in a row from 2015 – 2017 and it also remains the best-selling plug-in vehicle – hybrid or electric – in the UK.

Key to the success of the Mitsubishi Outlander PHEV is that it doesn’t ask its owners to make any compromises. For people wanting an SUV, it offers the same space and practicality, as well as the all-important elevated driving position, as any of its competitors. The battery pack doesn’t devour boot space or compromise the dynamics – it is integrated into the floor, keeping the centre of gravity low and ensuring that the Outlander PHEV retains the practical advantages of a large boot and fold-flat rear seats. For those looking for a four-wheel drive vehicle, the Mitsubishi Outlander PHEV offers the unique solution of having an electric motor for each axle which means that even in EV mode, the Outlander PHEV remains a true 4X4 at all times.

For the growing number of people looking to drive more sustainable vehicles, the Outlander PHEV offers a real-world EV driving range far in excess of the average daily commute and ideally suited to the kind of use most family cars are put to: Short drives, often in urban or suburban stop-go traffic (i.e. the kind of motoring where internal combustion engines are often at their least efficient). And yet, thanks to the seamless integration of a powerful petrol engine, there is no range anxiety and no need for a second vehicle for longer drives – the Mitsubishi Outlander PHEV can genuinely assume the role of primary vehicle for any family.

Since its launch in 2014, the Mitsubishi Outlander PHEV has continuously evolved to ensure it remains at the cutting edge of the plug-in hybrid segment. Whereas its 2016 redesign focused on giving the vehicle the upmarket look and feel its advanced architecture and technology warranted, and 2017 brought more safety and technical features, the changes made for the 2019 Outlander PHEV are focussed on ensuring it remains a leader in terms of efficiency and performance while also improving every aspect of the driving experience – all in response to customer feedback.

Unsurprisingly, the powertrain received the most extensive engineering focus with the development of a new “4B12” 2.4-litre petrol engine, which uses its MIVEC variable-valve timing system to seamlessly switch between Otto and Atkinson combustion cycles depending on the driving situation. The larger capacity means the engine produces more power (135ps vs 121ps) and more torque across a wider rev range (211Nm vs 190Nm) when operating in the familiar Otto cycle mode, which is ideal for moderate-to-high load situations such as inclines and rapid acceleration. At the same time, the petrol engine also manages to be more efficient than before because it can switch to the Atkinson cycle – where the inlet valve remains open for longer, effectively reducing the compression stroke, thereby decreasing its capacity and consequently burning less fuel – under light load conditions such as motorway cruising.

The Mitsubishi Outlander PHEV’s electric powertrain has also received some engineering attention. Improvements include a 10% increase in the generator output and an increase in the rear electric motor output from 82hp to 95hp. The drive battery has also had its output increased by 10% and its overall capacity increased by 15% to 13.8kWh thanks to new battery cells. From the driver’s perspective, one of the biggest changes is the increase to Outlander PHEV’s top speed in Electric Vehicle mode, up from approximately 78mph (125km/h) to 84mph (135km/h) where legally permitted.

This combination of improvements to the Mitsubishi Outlander PHEV’s dual powertrains means that it’s not only more efficient than before, it also offers better driving performance. The 0-62mph acceleration benchmark is dispatched in 10.5 seconds, some 0.5 seconds faster than before, while its overtaking acceleration is also improved by a similar margin (e.g. 50mph-62mph is reduced by 0.6 seconds to 3.7 seconds).

At the same time, the Outlander PHEV’s pure EV range is more than enough for the average daily UK commute: An impressive 28 miles according to the new, more stringent real-world WLTP tests. The WLTP average fuel economy figure for the new Outlander PHEV is 139mpg (159.5mph NEDC) and its WLTP CO2 emissions are just 46g/km (40.3g/km NEDC). To complement the drivetrain enhancements, a number of other changes ensure the Mitsubishi Outlander PHEV is even more pleasurable to drive.

The front and rear shock absorbers have been revised to improve its low-speed ride while retaining its high-speed and cornering composure; the steering ratio has also been revised and the power steering ECU re-mapped to offer more responsiveness and feel, while the brake power has been improved with the introduction of larger front brake discs.

A new “Sport Mode” brings with it sharper throttle responsiveness, sportier power steering and more grip via the Super All-Wheel Control system and there’s also a new SNOW mode to improve low-grip launching and cornering abilities on slippery surfaces, while the traction control system has been revised to improve hill-climbing performance by carefully managing rear motor torque without compromising stability.

As a reminder, Outlander PHEV offers three Drive Modes, all automatically activated by the PHEV Operating System and all offering permanent electric 4WD:

– Series Hybrid Mode
– Car still powered by the front & rear motors
– Engine engaged to run the generator to charge the battery while driving
– Mode automatically activated for sudden acceleration, driving uphill or when the state of battery charge is too low (3-10 mins)
– System switches back to EV Priority mode as much as possible

In addition to improved sound deadening and a more refined petrol engine, front seat Outlander PHEV occupants also benefits from re-contoured front seats which offer more lateral support during cornering. Adding to the comfort of the interior, the convenient Smartphone Link Display Audio infotainment system, with seven-inch touchscreen display, is now standard on all variants, allowing drivers to use Apple CarPlay and Android AutoTM to get navigation directions optimised for traffic conditions, make and receive calls, access text messages and listen to music, all in a way that allows them to stay focused on the road.

Other features, such as the paddle-adjustable, six-setting regenerative braking system, remain key to the unique Mitsubishi Outlander PHEV driving experience and are therefore retained as before, however a new instrument cluster provides the driver with more information as to the operation of the various drive systems. Additional notable changes include the addition of rear ventilation vents, more convenient USB ports and new interior accent trim.

The Mitsubishi Outlander PHEV benefits from the latest in MMC safety technology, with its advanced features working to protect occupants, other road users and pedestrians, both in determining the risk of an impending accident and in the event of a collision.

The SUV has a comprehensive passive safety architecture based on Mitsubishi’s RISE (Reinforced Impact Safety Evolution) impact safety body and seven SRS airbag arrangement. This includes airbags fitted in front driver and passenger, side and side curtain areas. The 4hs and 5hs models benefit from additional active safety equipment including Adaptive Cruise Control, Lane Departure Warning, Forward Collision Mitigation (providing a visible and audible warning if a collision risk has been identified, escalating to autonomous braking if a high risk of collision has been determined); Blind Spot Monitoring; Unintended Acceleration Mitigation System (in case the driver mistakenly presses the accelerator when stationary or at speeds of up to 6 mph) and 360° camera to display a bird’s eye view of the perimeter of the vehicle, displayed on the Outlander’s 7-inch colour touch screen.

The Model-Year 2019 Mitsubishi Outlander PHEV is on sale in the UK now, priced from £34,255 OTR (including the Plug-in Car Grant). It available in five trims levels – Juro, 4, 4hs, 5h and 5hs, with details of each outlined below.

Outlander PHEV 5h and 5hs
Specification as 4h/4hs plus: