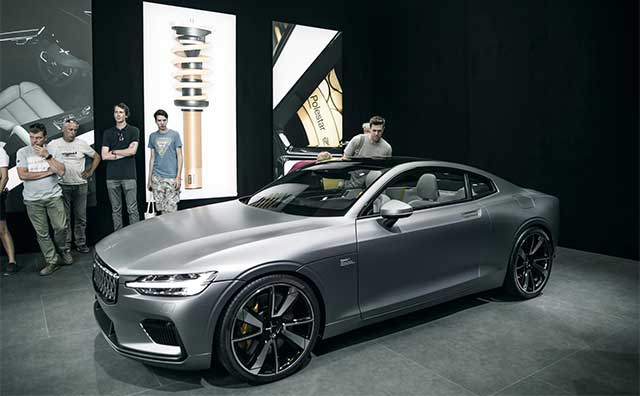 The Polestar 1 World Tour continues with the brand’s debut in North America in Monterey, California, from 23-26 August. During Monterey Car Week, the Polestar 1 will be on display throughout the Monterey Bay area, including at the famous Pebble Beach Concours d’Elegance.

“It’s great to bring Polestar to America,” says Thomas Ingenlath, Chief Executive Officer at Polestar. “North America is a major market for our new brand and we have received great feedback and high interest in the Polestar 1 from our American customers. So far, nearly 200 customers have placed deposits in the United States alone – the largest number of any country. Now it’s their turn to see the car in person and in a beautiful environment.”

In addition its the presence at the Polestar pavilion on Peter Hay Hill at Pebble Beach, the Polestar 1 will also make an appearance at The Quail, A Motorsports Gathering on Friday 24 August. This event sees some of the world’s rarest cars shown on the rolling greens of the Quail Lodge & Golf Club in Carmel Valley.

On Sunday 26 August, the Polestar 1 will be positioned amongst some of the newest automotive exotica on the Concept Lawn at the Pebble Beach Concours d’Elegance. The Concept Lawn is a fitting environment for the Polestar 1 – a car whose concept car design disguises its production-ready status.

Adding to the ceremonious nature of the event, Polestar CEO and awarded designer Thomas Ingenlath has been selected as an honorary judge in the world-famous Pebble Beach Concours d’Elegance.

Pricing for the Polestar 1 has been confirmed as 1.45 million RMB in China, 155,000 euros in Europe and $155 000 in the United States, giving customers a clear understanding of where the Polestar 1 sits in the marketplace. Details of Polestar’s all-inclusive subscription pricing will be confirmed at a later date.

In March, pre-orders for the Polestar 1 were opened drivers in 18 countries who had expressed interest in owning a Polestar 1, enabling them to pay a deposit as a placeholder in the queue for the car.