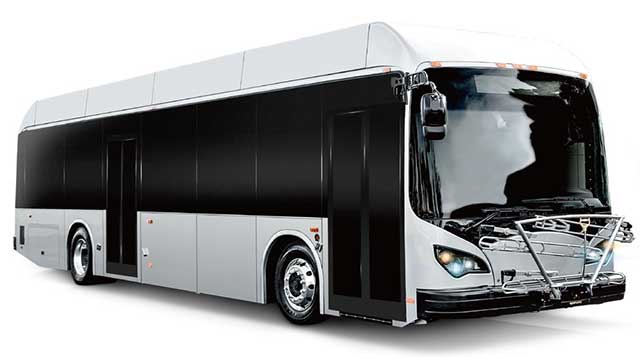 Chinese electric vehicle maker BYD has won has won the bid to supply the US State of Georgia’s Statewide Contracts for Public Mass Transit & Transportation Vehicles, specifically for battery-electric buses.

BYD‘s medium and heavy duty all-electric vehicles will help Atlanta achieve its goal of reducing greenhouse gases by 20% from 2009 levels by 2020 and by 40% by 2030.

The resulting statewide contract will be a “convenience” source for all State of Georgia governmental entities, including but not limited to state offices, agencies, departments, boards, bureaus, commissioners, institutions, colleges, universities, as well as local government, municipalities, cities, townships, counties and other political subdivisions of the State of Georgia. The statewide contract will also be available to other Governmental entities outside of the State of Georgia. Leveraging the state’s purchasing power, local governments and transit agencies can benefit from the convenience and competitive pricing of these pre-established contracts.

“BYD is excited to be working with customers in Georgia and we look forward to growing our presence in the state and improving the air quality for Georgians,” stated Bobby Hill, Vice President of North America, BYD Coach and Bus.

In addition, BYD won the bid to become one of the suppliers for the city of Atlanta’s electric vehicles, which includes electric heavy-duty trucks, taxi fleet vehicles, and buses. Departments from the City of Atlanta will be able to purchase from this contract, which will ensure competitive pricing and quicker deployment of the zero-emission battery-electric vehicles. Furthermore, outside agencies will be able to purchase vehicles under a co-operative agreement with the City.

BYD is the world’s largest electric vehicle manufacturer, and present in more than 200 cities around the world. With deliveries of battery-electric buses to more than 40 U.S. clients – including Facebook, Stanford University, UCLA, UCI and Long Beach Transit, BYD has also announced its joint venture with Generate Capital, Inc., a leading financier, owner, and operator of distributed infrastructure, to launch the first electric bus-leasing program of its kind in the United States. The first electric bus manufacturer with a unionized workforce, BYD’s cutting-edge facility in Lancaster, California, includes more than 800 highly-skilled workers.