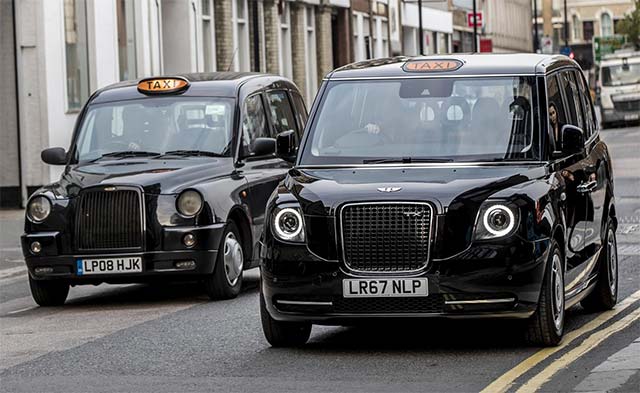 Last month, the very first TX electric taxi from the London EV Company (LEVC) has been handed over to a very eager and excited cabbie, and was recently reviewed by the Fully Charged’s Jonny Smith.

Jonny Smith takes the all new TX electric taxi on the coldest day of the year so far and takes it out for a proper test: sitting in traffic in rush hour London and then collecting a jet-lagged Robert Llewellyn from the airport.

All LEVC products use its eCity technology comprising of an advanced battery electric powertrain with a small back-up petrol generator. Applied to the all-new electric TX5, the technology allows for a range of up to 400 miles (600 km) including 80 miles (about 130 km) pure electric range.

Having been put through the most rigorous testing regime in the company’s history, including extreme weather conditions in the Arctic Circle and Arizona, plus thousands of miles in the hands of real cab drivers in London, the new TX eCity is ready to go to work.

The new TX electric cabs come just ahead of new rules London is adopting within a few weeks for new taxis to be either plug-in hybrid or completely emissions-free. More than 9,000 electric taxis, or about half the current fleet of black cabs, are expected on the capital’s roads by 2021.

London EV Company, formerly known as the London Taxi Company, expects to sell 10,000 vehicles a year by the turn of the decade, half of them the UK.