It’s official: 2017 was a fantastic year for electric cars 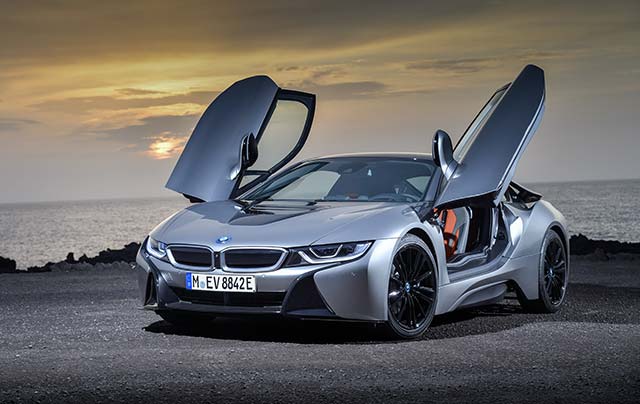 Generous subsidies and cheaper batteries are to thank for one of the best years for electric cars, new findings have revealed.

The trend has been picking up not just over here in the United States, but throughout Europe, suggesting a positive future for the automotive industry. Records show that more than 1 million electric car and plug-in hybrids were sold last year, according to Navigant Research. If trends continue this way, annual sales growth is predicted to reach 38 per cent by 2020.

The most positive outlooks by country
As published by Electric Cars Report earlier this year, a total of 201,311 electric and plug-in hybrids were produced in the US in 2017, with the Tesla Model S coming out on top with 26,885 models.

Over in Europe, car registrations were looking very positive in Norway. Sales of electric and hybrid models accounted for more than half of all car registrations in 2017 – totaling 52 per cent. Chief of the Norwegian Road Federation Oeyvind Solberg Thorsen said that “nobody else was close” when it came to national share of electric cars. The country’s fossil fuel market share is a record low for Norway at 48 per cent.

Further north in Iceland, the sale of electric cars doubled in 2017, with trends predicted for this to increase even more throughout 2018. The record-breaking figures saw electric car sales skyrocket from 227 to 417. Automobile vendors in Iceland say there has been a “tenfold increase” in the amount of hybrid vehicles sold throughout the country since 2015.

In the United Kingdom, registrations of electric vehicles have grown from 20,000 to 130,000 since 2014. To date, the Mitsubishi Outlander PHEV is the most popular plug-in vehicle.

Why electric cars are becoming more popular
The reasons for the increase in popularity vary largely by country. Over in Norway, for example, tax exemptions and grants perks for electric cars are saving residents thousands of dollars per year on standard driving fees such as parking and toll roads. Similarly, residents in Iceland are reaping the benefits of waivers on excise duties.

In the US, cheaper batteries have helped to reduce costs and further incentivize drivers to go green, meanwhile in the UK, motorists are now being given a bigger choice than ever. Short term leasing specialists Flexed, for example, state that their electric fleet comprises everything from the Toyota Yaris to the BMW i8 2 Door Hybrid Supercar.

Or perhaps it could simply be that electric cars run better: for example, in the height of the cruel Canadian winter, vehicle enthusiasts have stated that electric cars start perfectly well, despite the misconception that low temperatures are bad for batteries. Cara Clairman, CEO of Plug’n Drive, a non-profit organization that helps users learn more about electric vehicles, says: “Electric vehicles start like a charm in winter. This is due to electric vehicles sourcing electricity from the grid to warm the battery while charging overnight – also increasing comfort for the driver, who steps into a warm interior on those early mornings.”

What’s next for electric cars?
The future of fossil fuel-powered vehicles is a contentious issue; for example, Norway aims to prohibit the sales of these vehicles from 2030 onwards, a ban which is set to take place in France and Great Britain by 2040.

Others are not quite so certain: China is currently considering the idea while Germany has not yet set a date, and the Trump cabinet remains predictably tight-lipped on the issue. There is hope however: the state of California, for example, said it was considering banning the sale of internal combustion engines to clean its air.

Without a doubt, there are many hurdles to overcome before a totally fossil fuel-free future can be declared, but with the solidarity of many of the world’s most vastly populated countries and the 2017 figures, we are certainly taking a step in the right direction.