Renault to Electrify Christmas with SOSBattery 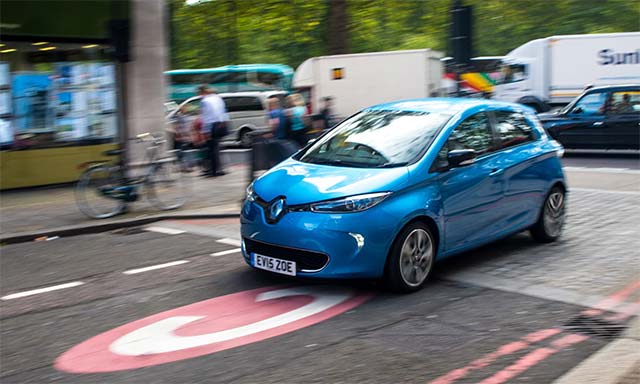 Renault will be electrifying Christmas for Londoners this year with its 100 per cent electric ZOE. Over Christmas Eve and Christmas Day, London residents who have forgotten to purchase batteries with their presents can simply tweet #SOSBattery for Renault to save the day and a package of batteries and goodies will arrive to electrify the household.

Every year hundreds of families across the country realise they’ve forgotten to purchase batteries for their children’s toys until it is too late. To avoid the inevitably fraught Christmas Day fishing out batteries from television remotes, clocks and torches, a quick tweet to the @RenaultUK Twitter account stating #SOSBattery will deploy a driver to deliver a wide range of batteries to any home in London (inside the M25), for free.

What’s more, Londoners can rest assured that their batteries will be delivered without any harm to the environment as the delivery drivers will take to the roads in the 100 per cent electric Renault ZOE. Those in need will have to be quick however, as stocks are limited.

The all-electric Renault ZOE is available in a choice of three trim levels and with two battery options. With the new Z.E.40 battery, ZOE’s range is 250 miles (NEDC) – Renault estimates that in real-world driving conditions this equates to around 186 miles in summer and 124 miles in extreme cold winter conditions. ZOE can charge from zero to 80 per cent full in as little as 60 minutes thanks to its patented Chameleon Charger that allows it to make the most of the widest range of power supplies and also keep charging times to a minimum. Renault’s Range OptimiZer technology ensures ZOE is highly efficient with its heat pump, a bi-modal braking system and Michelin ENERGY E-V tyres all as standard.

Renault is Europe’s leading electric vehicle manufacturer — for both cars and vans — offering a full range of electric vehicles including ZOE, the distinctive Twizy quadricycle, Kangoo Van Z.E. and upcoming Master Z.E. – an all-electric version of Renault’s large panel van which will join the line-up in 2018.