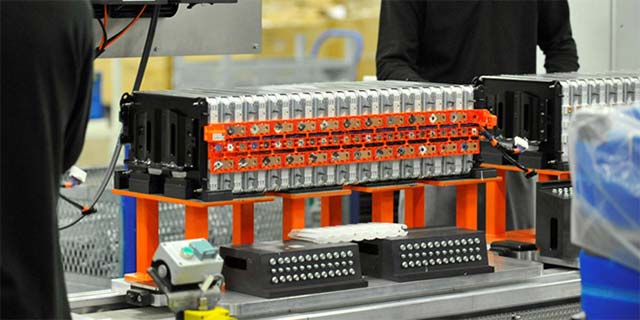 New research at the University of Waterloo could lead to the development of batteries that triple the range of electric vehicles.

The breakthrough involves the use of negative electrodes made of lithium metal, a material with the potential to dramatically increase battery storage capacity.

“This will mean cheap, safe, long-lasting batteries that give people much more range in their electric vehicles,” said Quanquan Pang, who led the research while he was a PhD candidate in chemistry at Waterloo.

The increased storage capacity, or energy density, could boost the distance electric vehicles are able to travel on a single charge, from about 200 km to 600 km.

In creating the technology, Pang and fellow researchers, including supervisor Linda Nazar, a professor of chemistry at Waterloo and a Canada Research Chair in Solid State Energy Materials, had to overcome two challenges.

The first challenge involved a risk of fires and explosions caused by microscopic structural changes to the lithium metal during repeated charge-discharge cycles.

The second involved a reaction that creates corrosion and limits both how well the electrodes work and how long they last.

Researchers solved both problems by adding a chemical compound made of phosphorus and sulfur elements to the electrolyte liquid that carries electrical charge within batteries.

The compound reacts with the lithium metal electrode in an already assembled battery to spontaneously coat it with an extremely thin protective layer.

“We wanted a simple, scalable way to protect the lithium metal,” said Pang, now a post-doctoral fellow at the Massachusetts Institute of Technology. “With this solution, we just add the compound and it works by itself.”

Nazar is also a member of the Order of Canada, a member of the Waterloo Institute for Nanotechnology and cross-appointed to the departments of Physics and Astronomy and Chemical Engineering.

A paper on the research was published this week in the journal Joule.