UK Bill Would Require EV Charging at Every Petrol Stations 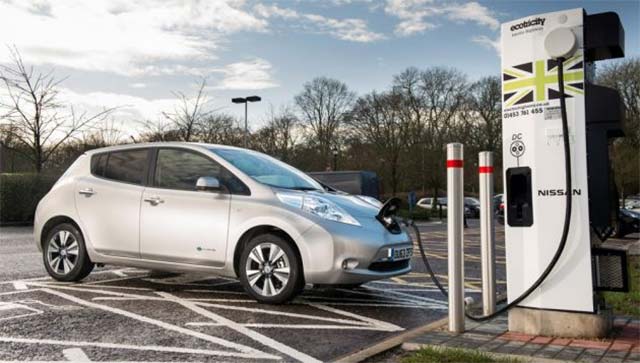 An Automated and Electric Vehicles Bill will be introduced to encourage the use of electric and self-driving cars, the Government announced in the Queen’s Speech.

It will allow the Government to require the installation of charge points for electric vehicles at motorway service areas and large fuel retailers, and to require a set of common technical and operational standards.

“This will ensure that charge points are convenient to access and work seamlessly right across the UK,” documents released following the Queen’s speech said.

The legislation is designed to make the regulatory framework keep pace with the fast-evolving technology for EVs; extend compulsory motor-vehicle insurance to cover automated vehicles; and to ensure compensation claims continue to be paid quickly and easily.

It is intended to allow innovation to flourish and ensure the next wave of self-driving technology is invented, designed and operated safely in the UK.

This supports government ambitions for the UK to “lead the world in EV technology and use,” with almost every car and van to be zero-emissions by 2050.

Official government research suggests that the market for automated vehicles in the UK will be worth £28bn by 2035.

The government is investing more than £200m in research and testing infrastructure and is hopeful that the advent of driverless cars can have a profound impact on road traffic accidents.

In 2015, more than 85% of reported collisions that caused personal injury involved human error, according to government statistics.

The government has also committed to spending £600m during this Parliament to support the growing market for low-emission vehicles.

Currently, the UK makes one in five electric cars that are sold in the European Union.

Jul 13, 2017Blagojce Krivevski
BMW Group sold over 42,500 electrified vehicles in year-to-date, up 80 percentSurvey: 69% Of Britons Would Consider Switching To An Electric Vehicle