US DOE: Over Half of All-electric Vehicle Sales in 2016 Were Large Cars and Standard SUVs 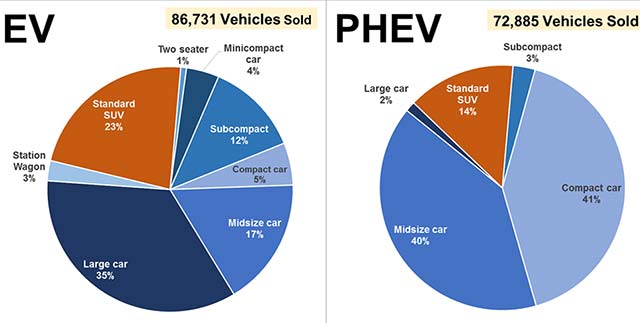 All-electric vehicles come in many different size classes, but the largest share of EV sales in calendar year 2016 were large cars (35%) and standard SUVs (23%).

Plug-in hybrid electric vehicle sales were mainly compact and midsize cars, with 42% and 40% of the market share, respectively.

Of the nearly 347,000 hybrid electric vehicles (HEV) sold in 2016, close to three-quarters were midsize cars.

There were 17.3 million light vehicles sold in the United States in 2016, more than half were SUVs, pickups, and vans, according to data gathered by the US Department of Energy (DOE). 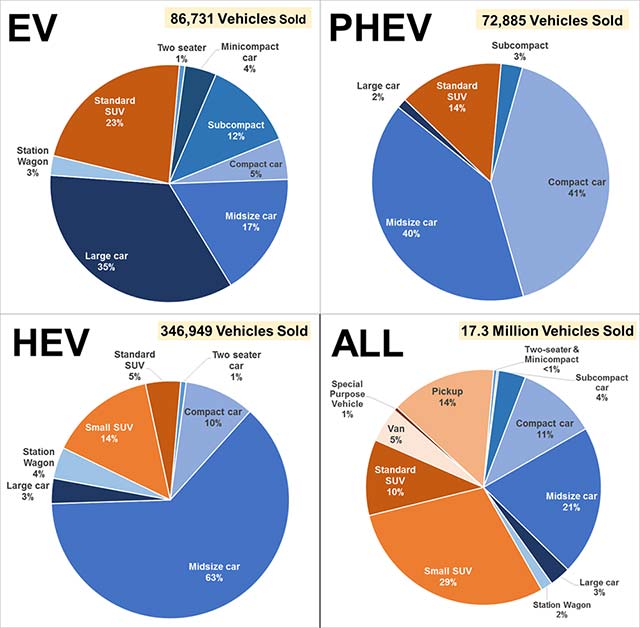