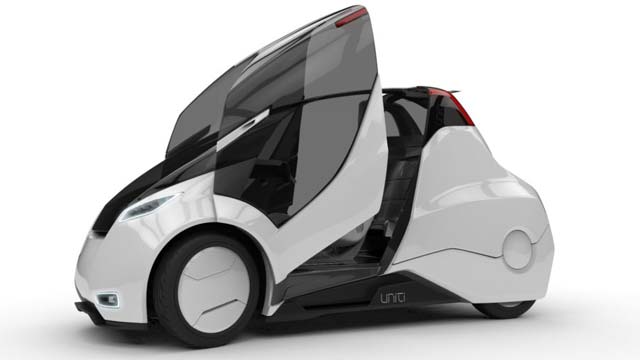 The ‘industry 4.0’ facility will be the first of its kind in the world, focusing on sustainable manufacture of composite materials for the light electric vehicle space, as well as automated vehicle assembly.

This approach greatly simplifies the manufacturing process and reduces the carbon footprint exponentially. The facility will be capable of producing up to 50,000 units per year within its first year of production due to a revolutionary method of robotic composite manufacturing and assembly.

The electric car start-up moved into a temporary new production facility in Lund, Sweden, for its intensive prototyping phase in the lead up to unveiling the prototype in the fall of 2017, which will occur in the future manufacturing space. The partnership between Uniti Sweden and Siemens PLM in the Nordics is based on the Siemens’ software suite that enables the entire production process to be planned in a virtual setting before implementation in the physical world.

The fully-automated production line will commence setup within 18 months to deliver the first vehicles by 2019.

Uniti Sweden has experienced massive growth since successfully executing one of the most diverse and successful equity crowdfunding campaigns in Europe, bringing in almost 600 investors from 45 different countries within hours of launching the campaign.

The Swedish startup openly shows the entire journey from prototype to mass production in a YouTube series called “Uniti Update” which takes the audience behind-the-scenes of the young automotive company.

Uniti L7e electric cars are made from sustainable composite materials and will be unveiled in late 2017, with first deliveries scheduled for early 2019. The first high-end vehicle has a target price of 200,000 kronor (about 20,000 Euros or $22,280 USD) — the price for an electric Smart Car in Sweden is at least 210,000 kronor.