Tesla revealed that it is changing its name from Tesla Motors to Tesla Inc., reflecting the company’s expansion beyond electric cars into lithium ion batteries and solar energy.

The name change was expected after the company acquired the Tesla.com domain name in June of 2016.

The change reflects the moves that Elon Musk has made in the last year to combine his clean energy efforts.

Tesla sells its large Powerpack batteries to utilities and large commercial customers, its Powerwall to residential customers and smaller businesses, and sells solar power products, following its acquisition of SolarCity.

Musk has not been shy about how his ambitions for Tesla run way past just electric cars. Last July he unveiled his second version of the company’s “Master Plan,” which laid out his vision for Tesla’s future. 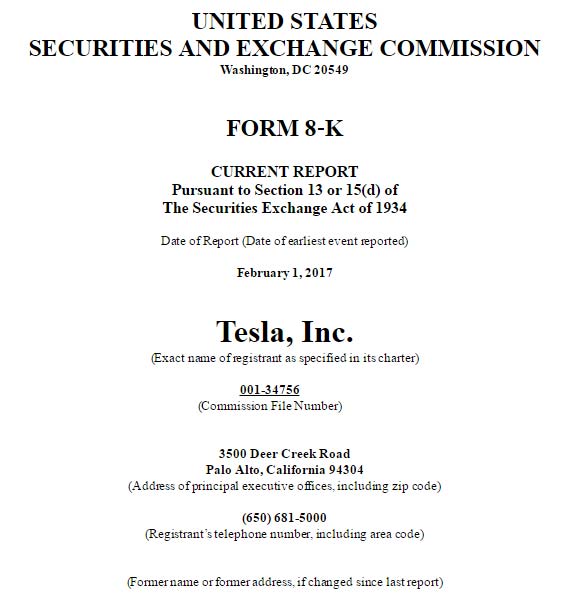