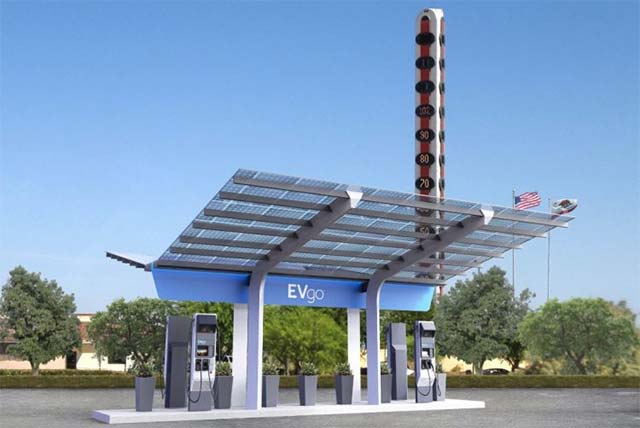 EVgo is turning up the heat on EV charging with a station capable of charging at a rate of up to 350kW. The new chargers being installed are seven times faster than any fast chargers currently available and represent a new level of convenience for EV charging.

The World’s Tallest Thermometer High-Power station will include four High-Power DC fast chargers capable of up to 350kW each, and can accommodate expansion of up to eight chargers in the future.

The site will include a solar canopy to help power the chargers, as well as backup batteries. The High-Power chargers will be compatible with the two protocol standards used by all EV manufacturers, CCS and CHAdeMO. EVgo expects the project to be completed by June 2017.