EV Charge Points Will Be Central To Future Neighborhoods 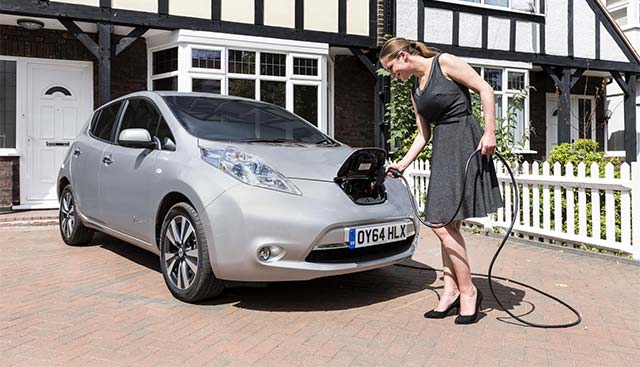 There are already over 60,000 home charge points for electric cars in the UK, and new research finds these sockets will be one of the most desirable features of neighborhoods in 20 years’ time.

The study, conducted by electric car campaign Go Ultra Low, suggests technologies such as electric car charging points, ‘positivity’ lamp posts which beam colorful lighting during winter to combat SAD (seasonal affective disorder) and fingerprint-activated door locks could be some of the most sought-after features for house buyers in two decades’ time.

Electric charge points on homes aren’t just a trend for the future. Government statistics show there are already over 60,000 home chargers in the UK as motorists take advantage of a £500 government grant towards installing one. Data from charging providers shows that around 90% of electric car charging is done at home.

The survey shows the most desirable feature of future neighborhoods is next generation smart lamp posts (chosen by 52% of respondents). However, a close second is having electric vehicle charge points on every house – chosen by 49% of people surveyed. These were followed by front door locks which can be opened using fingerprint technology (37%), communal rainwater recycling technology (37%) and Wi-Fi emitting trees (22%).

The results also show that most people think electric cars will become an essential part of housing developments across the country. Nearly three quarters (72%) said they expect electric vehicles to be the most common type of vehicle on residents’ driveways. According to just over a quarter (26%) of people, hydrogen cars will also be a more familiar fixture in the future.

Those surveyed predict that technology will make them more willing to share a car with their neighbors over the next 20 years. Almost half (48%) of people expect to be sharing electric cars with other people who live on their streets, with over a tenth of people agreeing that this could lead to stronger relationships between neighbors.

The 10 most desired features for future neighborhoods from the research are as follows: