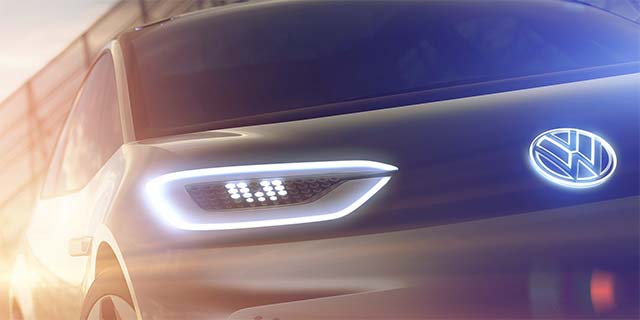 Volkswagen has released three teaser images of the electric concept car that will debut at the 2016 Paris Motor Show.

The production vehicle which is expected to launch in early 2018 or 2019 will be the first Volkswagen to hit the market based on the new modular electrification kit (MEB) being developed by the brand.

Volkswagen says that this car will be “as revolutionary as the Beetle was seven decades ago,” which is a hell of a tall order. 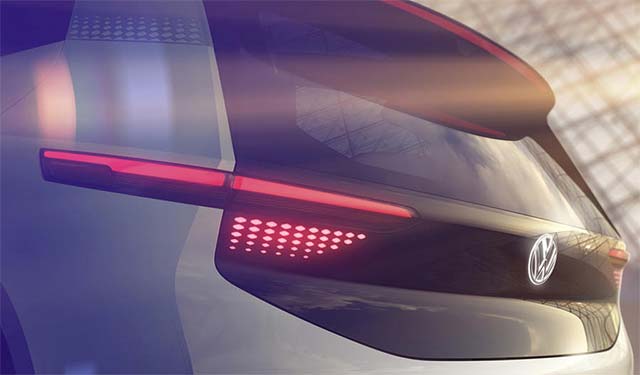 Last month VW brand CEO Herbert Diess told the German magazine WirtschaftsWoche that the EV will be the size of a Golf compact hatchback but with the interior space of the Passat midsize car.

The production vehicle will be capable of travelling between 250 and 300 miles on a single charge, with charging only taking 15 minutes.

VW Group aims to sell one million electrified vehicles by 2025.

The presence of Volkswagen at this year’s Paris Motor Show (1 to 16 October) is all about “Think New.”: in presenting the world premiere of an iconic design study, Volkswagen introduces a new ambassador to the automotive world.

This one-of-a-kind concept car signals the Volkswagen brand’s entry into a new era: because the vehicle is as revolutionary as the Beetle was seven decades ago before it evolved into the world’s best-selling car of the century. The concept car has the potential to make history with its completely new vehicle concept. The production vehicle which follows will be the first Volkswagen to hit the market based on the new modular electrification kit (MEB).