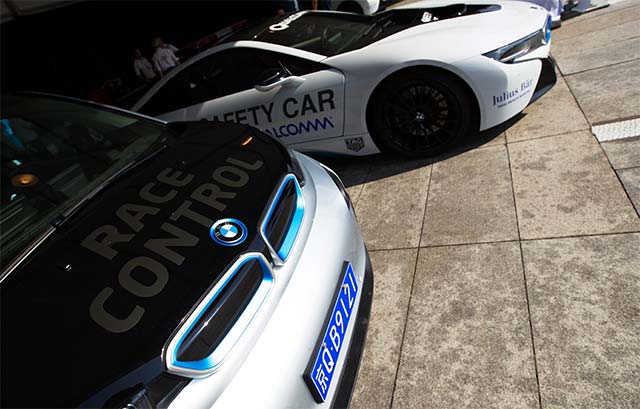 The Board of Management of BMW AG has announced a global motorsport strategy that will include a return to the World Endurance Championship (WEC) with a new GT car and plans for a Formula E entry in partnership with Andretti Formula E team.

The cooperation with Andretti Formula E team is initially set to run for two seasons.

Depending on the general development of the racing series, a works involvement is envisaged as of the series’ season 5, 2018/2019, provided the conditions and circumstances are right.

As part of this commitment, BMW Motorsport will provide its works driver António Félix da Costa (PT) as a driver for Andretti Formula E. The Portuguese, who has featured on the top step of the DTM podium with BMW and has already tasted victory in Formula E at the Buenos Aires ePrix, will contest the entire 2016/17 FIA Formula E Championship.

As well as the new partnership, BMW i will remain the “Official Vehicle Partner” of Formula E. This partnership allows BMW i to present the plug-in hybrid BMW i8, as the Qualcomm Safety Car, and the fully-electric BMW i3, as the Medical Car, in some of the largest cities in the world.

BMW Motorsport Director Jens Marquardt, said: “The commitment in Formula E sees us forge new paths and demonstrate our expertise in the field of electric mobility. Over the coming years, the cooperation with Andretti Formula E will primarily focus on familiarising ourselves with the procedures and processes, and on intensifying our knowledge. Our works driver Antonio Felix da Costa will be in action behind the wheel. A works involvement is then conceivable as of the series’ fifth season. The premise for all these steps is the further positive development of the series, which includes increasing the capacity of the batteries, for example.”