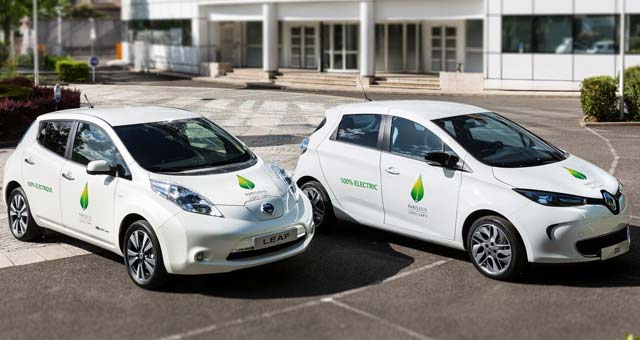 The German plug-in electric vehicle market had another drop last month, dropping 10% Year-on-Year, having registered 1.742 units in July. Despite the recent slowdown, Year-to-date registrations are still up 6%.

The Renault Zoe was the leader last month, with 301 units, its best performance this year, followed by the Volkswagen e-Golf (136 registrations, best result in one year) and the Audi Q7 e-Tron (129 units).

After the first complete month of incentives in Germany, the models that have most applications for the discount are the Renault Zoe (424 units), BMW i3 (339) and BMW 225xe Active Tourer (199). Considering the high number of i3’s ordered, but not yet delivered, with the arrival of the new 33kWh version, expect the BMW hatch sales to have a surge in August.

Meanwhile, with 251 new plug-in electric cars registered in July, plug-in sales in Spain were up 10% Year-on-Year.

The Nissan Leaf (61 units) was by far the best seller of the month, closing in on the Year-to-date leader, the Mitsubishi Outlander PHEV, with only 12 units (400 vs 388) separating both in the race for the leadership.

Final mention to the first three registrations of the BYD e6 MPV, now with the new 82kWh battery and 400 km (about 250 miles) range.