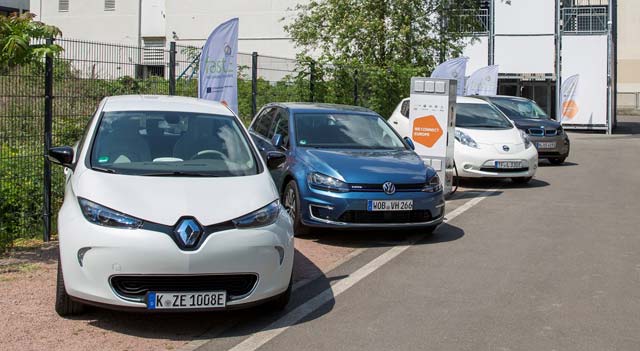 Nissan has co-financed this project with the EU and eight other companies, with a total investment of approximately €18 million. The aim of Fast-E is to install a total of 278 charging points 80 km apart along Germany and Belgium’s main motorways by the end of 2016 – with 241 in Germany and 37 in Belgium.

A sister project in the Czech Republic and Slovakia will add another 30 charging points to the total in Europe.

The quick-charging stations installed as part of the project employ the Combined Charging System (CCS) and CHAdeMO, each with up to 50 kW power output, as well as a type 2 connector with 43 kW power output.

The multi-standard fast-chargers have AC and DC connections which can ‘refuel’ an electric vehicle up to 80 percent within 30 minutes. The added fast chargers will allow EV owners in the four countries to extend the range of their trips, providing greater flexibility and peace of mind.

Fast-E is the latest in a range of projects Nissan has been involved in to help support and encourage the installation and development of EV charging infrastructure across Europe. Only recently, Nissan announced it had partnered with A2A to install 13 public rapid chargers as a gift to Milan following the UEFA Champions League Final.