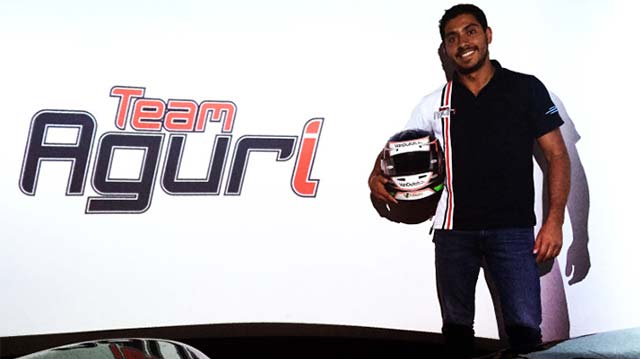 Team Aguri has announced that Salvador Duran will re-join the team for the remainder of the 2015-2016 Formula E season.

The Mexican driver competed in nine rounds of the inaugural FIA Formula E Championship for Team Aguri, scoring a total of 13 points. He replaces Nathanael Berthon, who left the team earlier this week in order to focus on his endurance racing career.

Marc Faggionato, owner of Team Aguri, commented: “Salvador is a perfect fit for the team and it’s great to have him joining us. His experience in the series is crucial, given the unique handling of these cars, and will play a major role in driving the team’s development forward for the remainder of the season and into next year.”

Salvador Duran, commented: “I am very excited to have re-signed for Team Aguri. This is a very ambitious team with some of the best engineering and technical knowledge in Formula E, and I look forward to being part of an already successful season. I’m particularly looking forward to my home race in Mexico in March. The atmosphere will be amazing and I can’t wait to put on a good show for all my compatriots.”

Duran will link up with Antonio Felix da Costa at Aguri.

Jan 29, 2016Blagojce Krivevski
These are the Greenest and Meanest Vehicles of 2016GM Creates Dedicated Team to Speed Up Self-driving, Electric Cars