Electric Vehicle Registrations In EU Up 62 Percent In Q3 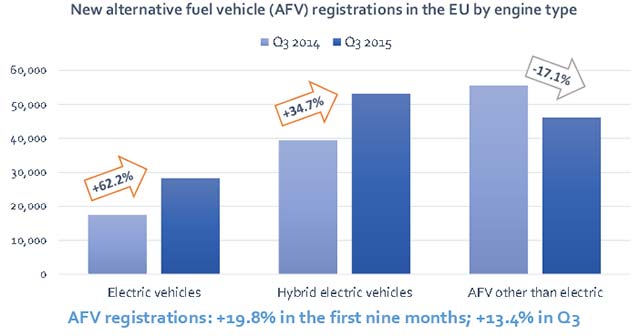 Looking at the EU’s major markets, Spain saw the largest increase of AFVs registered over the third quarter (+74.0%), followed by the Netherlands (+55.5%), France (+46.1%) and the UK (+26.4%). While growth in Spain was sustained across all AFV categories, growth in the Netherlands, France and the UK was totally driven by electric and hybrid electric vehicle markets.

Among the EU+EFTA countries, Norway registered the largest number of electrically chargeable vehicles over the period, totalling 7,823 units. 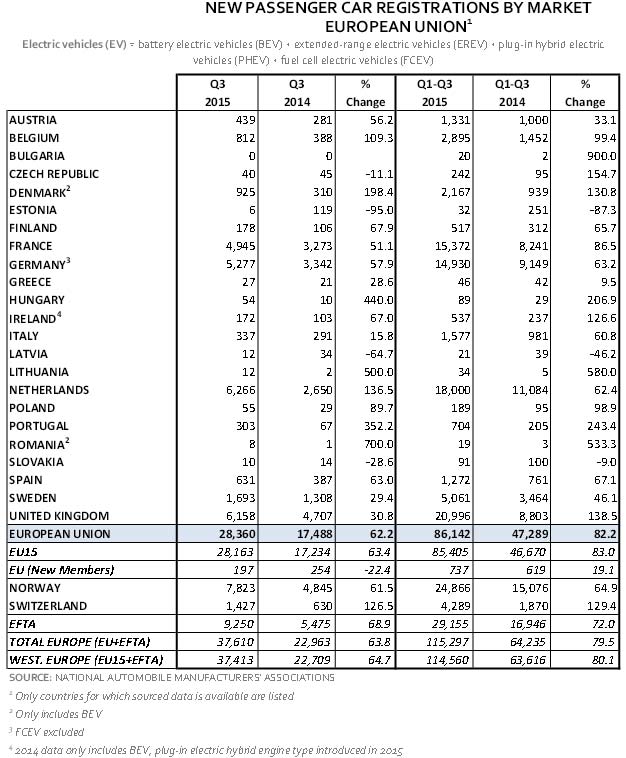 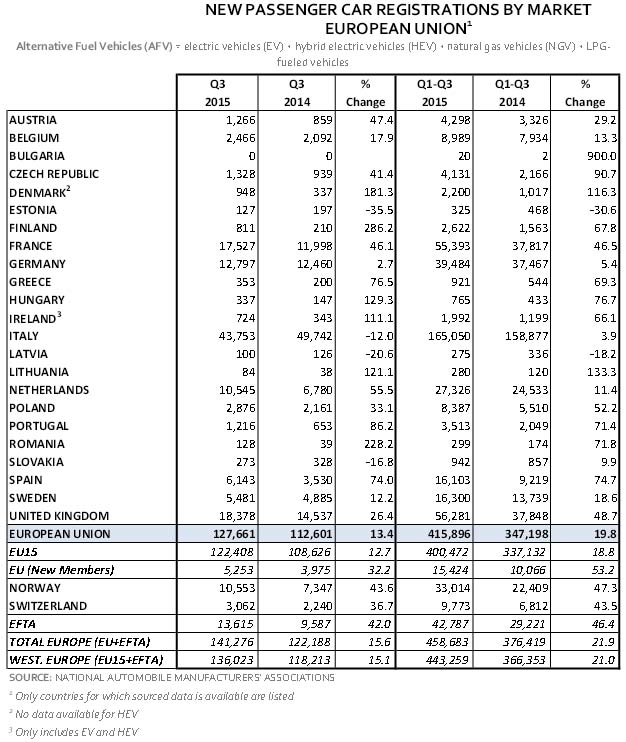