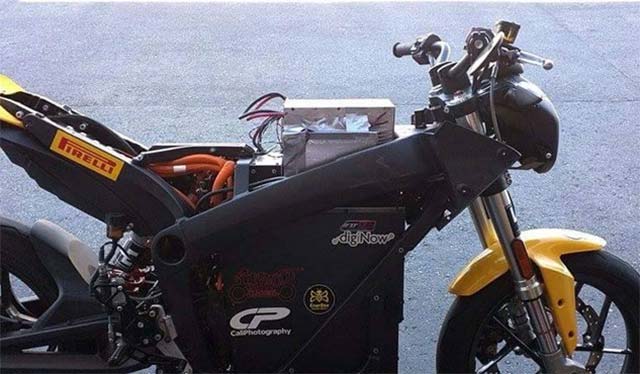 DigiNow is announced the release of the first production onboard or offboard Super Charger compatible with Zero Motorcycles.

The Super Charger is the result of the collaboration between DigiNow and eMotorWerks, an experienced and effective team of power electronics engineers. The innovative design leveraged open collaborative input from some of the best experts around the world.

The Super Charger which can drop perfectly into a Zero’s Tank area and charge a Zero Motorcycle in most use cases in under an hour. The Super Charger can also be used to recharge batteries in other electric vehicles, including the Brammo, Lightning Motorcycles and even electric cars.

With the DigiNow Super Charger Charge Tank, an owner has the ability to charge their motorcycle at up to 12kW peak power and up to 9kW continous power (while utilizing the onboard charger at the same time). This is 7-10 times more powerful than the stock charger and results in charging a battery from 0% to 80% in under 1 hour.

The Super Charger comes with a swappable J1772 connector in North America, and a Mennekes Connector in Europe. With the included J1772 connector, riders will be able to utilize the full power of virtually any J1772 charging station. This means a rider is able to remove their onboard charger to save weight and increase range and still charge at 7.5 kilowatts.

The Super Charger can also be used as an offboard charging station. Plug it into any NEMA 14-50 power outlet and enjoy up to 10kW continuous output power. Many locations have these outlets already, or can have the outlet easily installed. This means that dealers, homeowners and popular riding destinations can install these chargers developing the potential for an electric motorcycle Super Charger Network.

The install for a Super Charger is as simple as dropping it in the tank area or tail box and plugging it into the auxiliary charge port. For most people this should take less than 45 min, and far less for experienced technicians. Once installed, the stock Zero Power Tank cover will fit directly over the Super Charger. An introductory pricing for the Super Charger is set at $2944 USD.