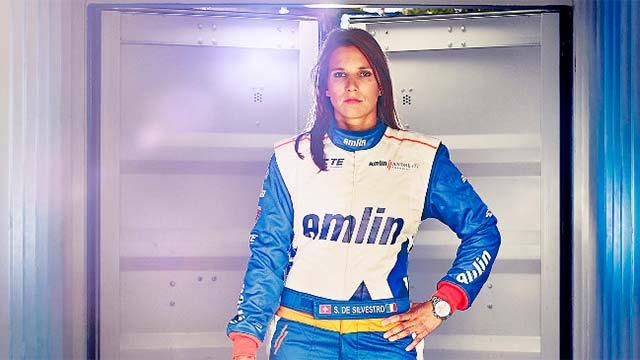 Simona de Silvestro has signed for the Andretti Formula E Team to contest as the only female driver on the grid so far for the second season of the all-electric series.

The IndyCar regular and one-time Sauber Formula 1 test driver, who contested both the London ePrix rounds, returns to the Amlin sponsored team which is one of eight manufacturers.

De Silvestro finished just outside the points during her Formula E debut in London and also competed in the 99th Indianapolis 500 for Andretti Autosport. She also tested in last week’s Formula E test sessions at Donington Park and will continue today and tomorrow on days three and four.

“I’m happy to be joining the Andretti Formula E Team for this upcoming season,” said de Silvestro. “I’m really happy to be full time in the championship again and to work with both Amlin and TE Connectivity. I’m also looking forward to being part of developing the new Andretti Technologies powertrain and hope for a successful year with a great team.”

Team boss Michael Andretti expressed his belief that de Silvestro could take Andretti to victory in Formula E this year following an impressive debut in London.

“I’m very pleased with the way season two is looking for Andretti Formula E. Simona did a great job at the London ePrix with very limited time to prepare, with a full season we are confident in her abilities to take the No. 28 Amlin Andretti car to the top of the podium.”