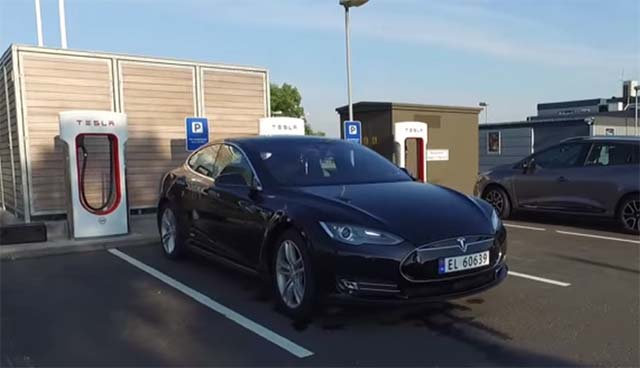 Bjorn Nyland, a Model S owner from Norway, has set a new world record for the longest distance traveled on a single charge with the Tesla Model S P85D.

He and his friend from the Rodekro, Denmark Supercharger location and back again, covering a total of 452.8 miles (728.7 kilometers) on a single charge. Nyland and his friend Morgan Torvolt drove for 18 hours and 40 minutes at an average speed of just 24.2 miles per hour to get the record range out of their battery pack.

Bjorn Nyland is well known to the Tesla community as a person who first received fame when Elon Musk noted that he was the first driver to get ten referrals.

The previous record for distance traveled on a single charge in a Tesla was 423.5 miles set in May 2012.

Below is the video showing Nyland driving 452.8 miles on a single charge with his Model S P85D.